WLS
By Diane Pathieu and Cate Cauguiran
CHICAGO (WLS) -- Three teenagers have been charged after a man was beaten and robbed on a South Side CTA Green Line platform Sunday night.

The attack occurred at about 8:07 p.m. on a platform at the 35th Street Green Line station, which is near the Illinois Institute of Technology, police said.

Police said three male suspects wearing hoodies, one of the them wearing a surgical mask, walked up to a man, and asked him for money. After the victim declined, he was struck multiple times and had his phone snatched, police said.

The robbers asked the man to enter his password for his mobile phone and after he complied, the suspects fled. The victim refused medical attention, police said.

Police said one suspect was captured while fleeing the Green Line station. Then two other juveniles were arrested after running away from a traffic crash in the West Loop. Police caught up with them blocks away on West Lake Street and discovered one of the boys had a handgun.

But as police were trying to apprehend the two fleeing the crash, one aspect of their attire stood out: a surgical mask.

The surgical mask is similar to what suspects wore in a string of robberies on Chicago's Near West Side in October.

"It's horrifying, I think. It's really scary," said Alicia Welch, who works in the area.

Police said they could not confirm a connection at this point in the investigation. In October, police reported at least four armed robberies on the Near West Side where at least one suspect was seen wearing a blue surgical mask.

"This is a community where you should feel safe, where you should be able to walk your kids, or walk your dog, or get a cup of coffee or a bite to eat. Not have to worry about someone taking the materials that you work so hard for," said Daniel Mulcahy, who works in the area.

One dog walker said she had heard about the attacks and has been on high alert ever since.

"I feel kind of scared because I am always walked, walking dogs in the park, and sometimes there's no people and I feel like I have to watch my back," Dulce Pedreguera said.

The attack also comes after another robbery aboard a CTA Green Line train 4000-block of South Indiana Avenue on Nov. 13. Police have released surveillance images of the man suspected of stealing a woman's cell phone.
Report a correction or typo
Related topics:
chicagobronzevillerobberyman attackedcta
Copyright © 2020 WLS-TV. All Rights Reserved.
RELATED 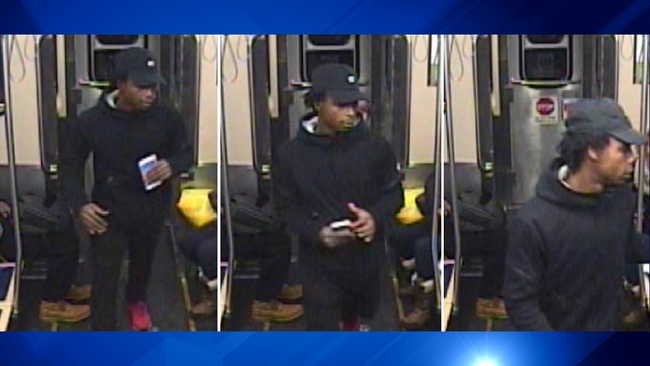