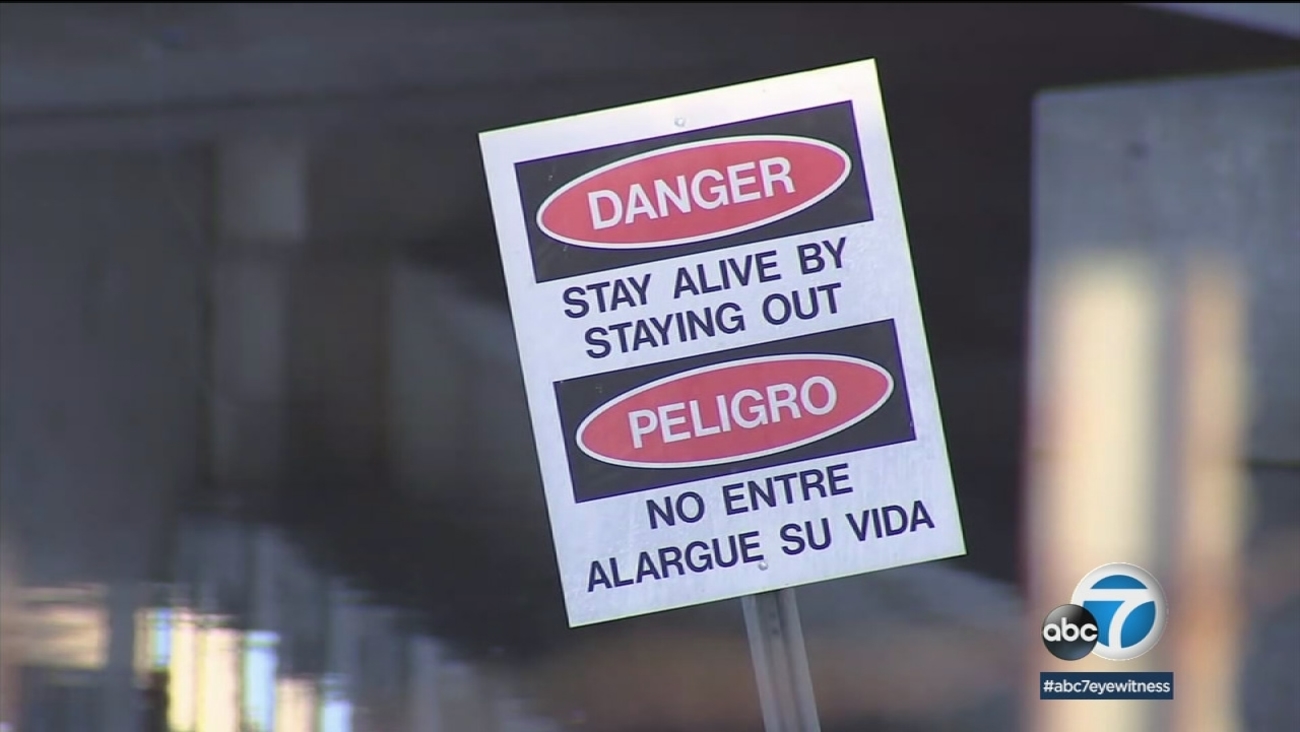 Warning signs are posted in the California Aqueduct in Hesperia. (KABC)

HESPERIA, Calif. -- The body of a man was found by dive teams in the California Aqueduct in Hesperia on Sunday after he jumped in to save his child, according to the San Bernardino County Sheriff's Department.

According to sheriff's officials, the father and son were riding their bikes alongside the water when the boy fell in. The 31-year-old man jumped in to rescue his 9-year-old boy and successfully saved the child but the man never resurfaced.

Crews shut down water flow to allow rescuers to search for the victim near Ranchero Road and 11th Avenue. Sheriff's officials confirmed shortly before 5 p.m. that the man's body was recovered.

The victim's identity was not released.

Family members of the victim said they heard him calling for help and went to see what was going on, but the victim was already submerged in the water and moving down the aqueduct with the current, officials said.

"It's very cold, it moves very fast and, again, it's hard to find anything to grasp onto," explained Cindy Bachman of the San Bernardino County Sheriff's Office.

Crews said the boy made it out without any injuries.
Report a correction or typo
Related topics:
californiadrowningwater rescuerescueu.s. & world
Copyright © 2021 KABC-TV. All Rights Reserved.
More Videos
From CNN Newsource affiliates
TOP STORIES