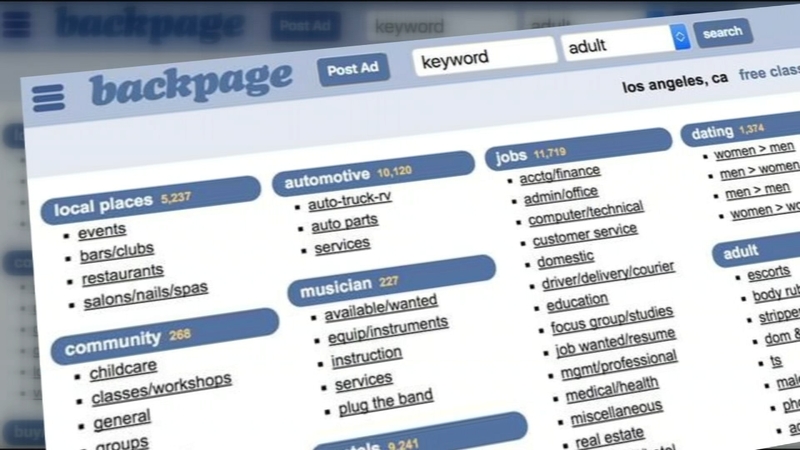 The federal seizure of Backpage.com will likely be followed by new legislation that holds websites linked to prostitution or sex trafficking accountable.

Legislation was approved by the Senate and House and President Donald Trump is expected to sign the bill.

Ambrose was in Washington, D.C., on Tuesday in anticipation of the bill's signing.

"I'm still very overwhelmed and very shocked so if it passes tomorrow that will put me over the top," Ambrose said.

On Sept. 19, 2017, Ambrose was last in D.C. to testify in front of the Senate Commerce Committee about the legislation that aims to combat sex trafficking online.

Robinson was a good student and athlete who was bullied and seeking acceptance when she was befriended by two men, according to Ambrose.

One man pleaded guilty for introducing her to Joseph Hazley in 2016. The federal sex trafficking case against him is set for trial in October.

Antonio Rosales, an alleged customer, was charged with Robinson's murder. No trial date has been set for his case.