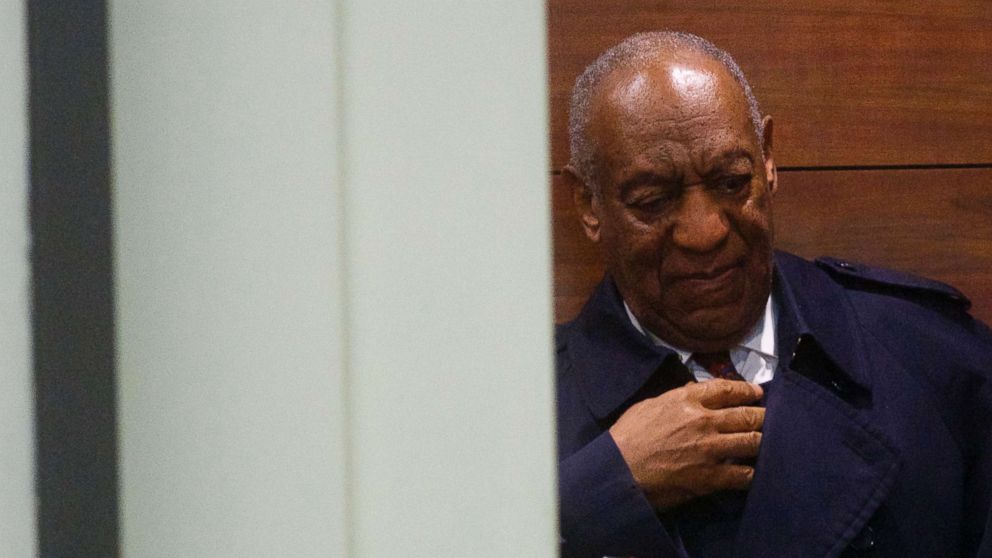 In the roughest day yet for Bill Cosby's defense team, a so-called toxicology expert acknowledged on the stand on Thursday that he had Googled data for his expert report, that his sole active license was a driver's license and that one of the scholarly publications he listed on his curriculum vitae was in fact a letter to the editor.

At one point during an exacting cross-examination, Maryland toxicologist Dr. Harry Milman suggested to a prosecutor probing his credentials that he distribute copies of Milman's two fiction thrillers to jurors in the stately Pennsylvania courtroom."Maybe you'd like to pass them out to the jury," Milman told Stewart Ryan, an assistant district attorney for Montgomery County, where the world-famous comedian has an estate in a suburb outside of Philadelphia.

Cosby is charged with three counts of aggravated indecent assault, for allegedly drugging and molesting Andrea Constand at his estate in 2004. If convicted, he faces up to 10 years in prison on each count. He has pleaded not guilty.

Cosby has adamantly denied ever drugging or sexually assaulting anyone ever, though dozens of women have come forward publicly to say they believe he knocked them out and sexually assaulted them.

Five of those women took the stand last week to tell notably similar accounts to Constand's story. All but Constand's allegations fall outside the statute of limitations for criminal prosecution. A number of the women are suing the entertainer in civil court.

A previous trial last summer ended in a hung jury and a mistrial. This time around, Cosby has a whole new defense team employing a more aggressive strategy than the previous team to save the Philadelphia native from a prison cell. With defense attorneys spinning in their chairs every few minutes to see the clock on the back wall without having to look at their watches in front of a jury, Milman conceded during a particularly thorny patch of cross-examination that a key figure he'd quoted under direct examination about the effect of sedatives on the central nervous system came from a web search.

Milman testified in his report and on the stand that only about 1 to 10 percent of people experience the side effects of diphenhydramine, the active ingredient in Benadryl.

Ryan, holding a copy of a peer-reviewed medical compendium that put the common side effects figure at about 50 percent, moved in.

"What was the source of the information?" he asked Milman.

"I went online," the witness replied, "which is a common thing to do these days."

"Did you Google it?" Ryan asked.

"Yes," the toxicologist replied, after a pause.

Cosby told Constand's mother in a phone call after the alleged assault that he had merely given her daughter Benadryl, an over-the-counter antihistamine used to treat allergies and colds that also has sedative effects on some users.

In both trials, prosecutors have been permitted to read into evidence portions of Cosby's sworn testimony during a deposition in a civil lawsuit Constand brought against him and that he settled in 2006 for $3.38 million.

In the deposition, he said he carried prescription Quaaludes around in the 1970s to share what were referred to in court testimony as "disco biscuits" to potential sex partners with their consent. He said he did so with at least one young woman at the time, prior to sex.

No evidence has been presented at trial that Cosby gave Constand Quaaludes.

But Constand's mother testified that after telling her he gave her daughter Benadryl, he cryptically promised to get the name of the drug on his "prescription" and mail it to her, though he said he never did.

The toxicologists were on hand to sort out the science, but much of the day was consumed with the colorful defense expert's testimony.

When it seemed like every jaw in the courtroom had hit the floor, Milman acknowledged that under the criteria he was using, a Viagra-fueled rape would be categorized as a drug-facilitated sexual assault -- the felony with which Cosby is charged.

Still, the doctor seemed to pivot quickly, glancing sidelong at a box of wide-eyed jurors to confide that the man's "defense was, if you will, the Viagra made me do it!"

At another point, Ryan quizzed Milman on his credentials and asked if in fact one of the scholarly articles on his CV was actually "a reply to a letter to the editor?" Milman conceded the point.

In an unusual arrangement sanctioned by the judge aiming to keep the case moving in deference to a sequestered jury, the prosecution closed their case on Wednesday but re-opened it on Thursday to call a final expert witness who wasn't available until today.

That set the stage for dueling toxicologist testimony. Ultimately the two differed on one key point.

Dr. Timothy Rohrig, the prosecution expert, testified that it takes about 10 to 15 minutes for the sedative effects of Benadryl to take hold -- which is consistent with Constand's account of being drugged and molested by the entertainer at his Elkins Park estate in early 2004.

Milman, the defense expert, countered that it takes about an hour, which is inconsistent with Constand's account of seeing double, getting dizzy and passing out within several minutes of taking pills she testified were given to her by Cosby and sipping wine.

Rohrig testified for less than half an hour, while Milman's testimony crossed the four-hour mark late Thursday afternoon before grinding to a close around 6 p.m.

Milman, a friendly, veteran toxicologist, spent time as a pioneering pharmacist on an American Indian reservation, and nearly two decades at the U.S. Environmental Protection Agency.

Unlike Rohrig, however, he is not a forensic toxicologist. He is a toxicologist, but let his medical license lapse after retiring.

Asked whether he holds any active licenses, he replied with a straight face that "I hold a driver's license."