Why the majority of romaine lettuce E. coli outbreak cases have been in women 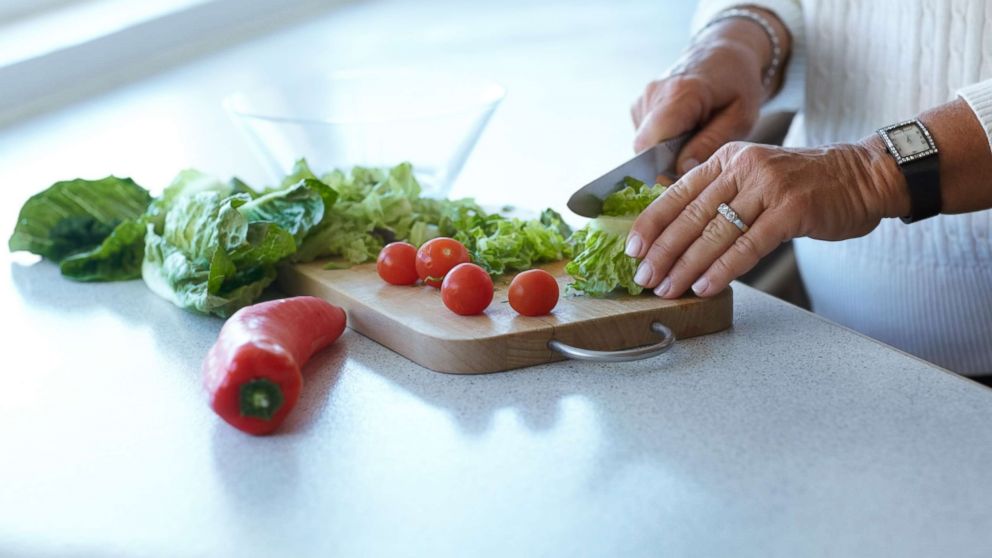 You likely know by now that romaine lettuce is not the best thing to put in your salad bowl at the moment, thanks to an outbreak of E. coli affecting the lettuce from a region in Arizona.

What may be surprising to learn is that this outbreak, like a few E. coli outbreaks in the recent past, is affecting women more than men.

Romaine lettuce from the Yuma, Arizona, area is responsible for at least 84 illnesses, including 42 hospitalizations, in 19 states, according to data released Wednesday by the Centers for Disease Control and Prevention (CDC).

Seventy percent of the victims of this most recent outbreak are female, according to the CDC's data.

In fact, 50 to 60 percent of those impacted by past E. Coli outbreaks were women.

Why is that the case?

Medical experts, so far, do not have an exact answer, according to Daniel Eiras, MD, assistant professor of infectious diseases and immunology at New York University Langone Health.

"It's not a subtle difference," Eiras told "GMA" of the large percentage gap between women and men. "The short answer is we don't really know why we see this ratio being more predominantly women, we don't exactly know the mechanism."

One theory proposed by some medical experts is that women eat more romaine lettuce than men. Eiras, however, does not believe that is the "driving factor" behind the difference.

"This outbreak with romaine lettuce is not different from other outbreaks with spinach and beef," he said, referring to previous E. coli outbreaks that have also disproportionately affected women. "I don't think we can say that women eat that much healthier than men across the nation, especially to account for a 30 to 70 percent difference."

One of the more likely factors at play is presentation bias, according to Eiras, meaning that women are more symptomatic and they seek medical care at earlier stages.

Symptoms of E. coli bacteria include stomach pain or non-bloody diarrhea that worsens over several days, according to the CDC. People can also have no symptoms and still carry the disease.

"Women seek out medical care more frequently and earlier than men, this is clearly shown," Eiras said. "It is also possible that women are more symptomatic than men. That is less known."

The strain of E. coli in this particular outbreak, O157:H7, is particularly strong, according to Eiras.

The incubation period for E. coli can be as long as 10 days, meaning you may not feel symptoms until more than one week after you eat infected romaine lettuce.

"You don't need to eat a lot of the lettuce to get the disease," Eiras said of this outbreak. "All it takes is one leaf, one bite and if that's where the bacteria is surviving then that's enough to cause this disease."

Another factor that could play a role in the high percentage of women hit by E. coli comes straight from the gut.

"It's not fully proven but there does seem to be differences in the makeup of the gut in men and women," Eiras explained. "It's not known how or why that's the case but it has sort of been seen before."

E. coli is an infection that affects the gut.

In addition to the probable gut differences between the two sexes, women are also more susceptible to gastroenteritis, an inflammation of the lining of the intestines.

Women also on average take more medication than men and many medications can affect the gut flora, the microbiome of the gut, according to Eiras.

"Having a weakened immune system could also lead to more disease," he said. "And pregnancy in particular is a kind of immune-suppressing condition."

What's a woman to do?

Research into what people can do to prevent contracting E. coli is still an "area of active research," according to Eiras.

In other words, there is no clear answer, yet.

"You can prevent eating the item," Eiras said, which in this case would be romaine lettuce from the Yuma region. "That's the single best thing you can do."

Another proactive step is to maintain your overall gut health.

Eiras suggested limiting the amount of medications, particularly antibiotics, one takes as they play a role in gut health.

"Antibiotics for anything in your body will affect your gut in some way," he said.

If you do contract E. coli, the treatment does not involve antibiotics.

Since E. coli is a self-limited illness -- most symptoms go away with time and good hydration -- antibiotics increase the risk of hemolytic uremic syndrome (HUS), a potentially life-threatening complication.

Symptoms of HUS include decreased frequency of urination, fatigue, and losing pink color in cheeks and inside the lower eyelid, according to the CDC.