Buckingham Fountain pumps up for summer 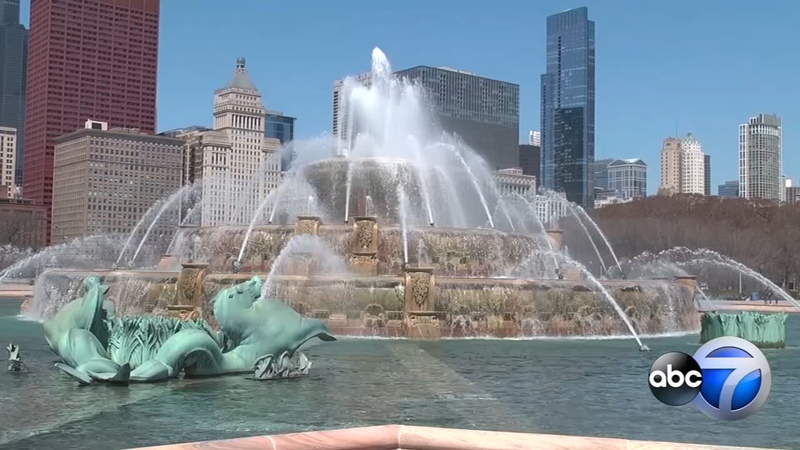 CHICAGO (WLS) -- Chicago's iconic Buckingham Fountain is gearing up for summer, with a test of its jets today.

Eric Kelmar, the Chicago Park District's assistant chief operating engineer for the lake front region, brought ABC 7 underground, "down into the bowels of the mountain," for a special look at what powers the spectacular display.

The "main workhorse" is a 225 horse power motor that drives the main pump, which in turn shoots roughly 8,000 gallons of water through the fountain each minute. This runs from 8 a.m. to 11 p.m. every day. At the top of each hour starting at 9 a.m. (with a final showing at 10:35 p.m.), two more pumps pitch in for an even bigger 20 minute show. The center jet (which reaches 150 feet into the air) gets its own pump for those performances. At its peak, with all three of these pumps running, Buckingham Fountain has 15,000 gallons of water shooting out of it every minute, according to Kelmar.

Remarkably, all three pumps and their motors are the originals, which Kelmar said were installed in 1926; though decades later the control system was automated with a computer.

During the test run Monday morning, passersby stopped to marvel at the sight. Combined with the sounds of sprinkling water and warm air, Grant Park felt like a summer's day.

"The architecture and the water and the city sky line in the background is just beautiful," said Chicagoland resident Rachel Friend.