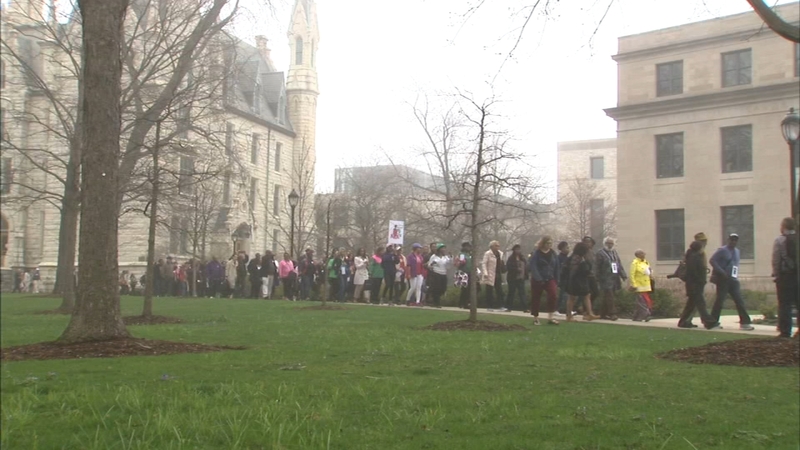 EVANSTON, Ill. (WLS) -- On a dreary spring day in Evanston, marchers stepped off with a purpose.

"It's not for me, it's not for the people who did the takeover, it's to make Northwestern a place where people can be safe and get nurtured and get an education," said John Bracey Jr., who helped organize the Bursar's Office takeover 50 years ago.

During the march to the office on Northwestern University's campus, he pointed to an alley across from the Bursar's building.

"We were backed in behind there so you couldn't see how many people we had," he said.

Then, more than a hundred students jumped into action and took over the office for a 38-hour peaceful occupation.

ABC 7 News cameras were right outside of the building as black students and allies protested racism, low black student enrollment and financial aid for more than a day.

"And then we won," Bracey said.

For her, the same question remains.

"What can we do to not only just like check the box on these demands, but to make sure these demands have longevity?" Brown said.