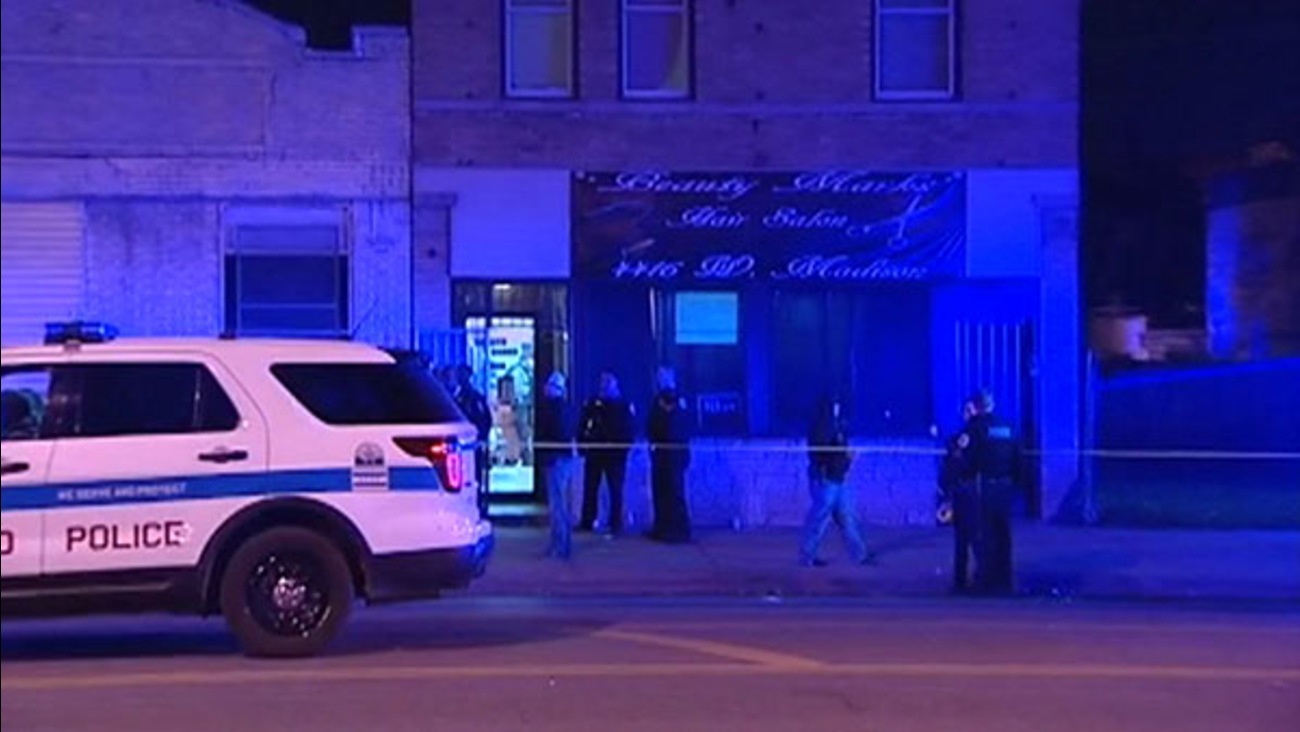 WLS
CHICAGO (WLS) -- One person is dead and three others are in the hospital after a shooting at a West Side beauty salon, police said.

Police say a fight broke out at a party at Beauty Marks Hair Salon near Madison and Kostner in West Garfield Park around 1:10 a.m. Saturday. A female victim got into an altercation with a male offender who allegedly produced a gun and started shooting, police said.

A 20-year-old man was pronounced dead at the scene after suffering gunshot wounds to the face, officials said.