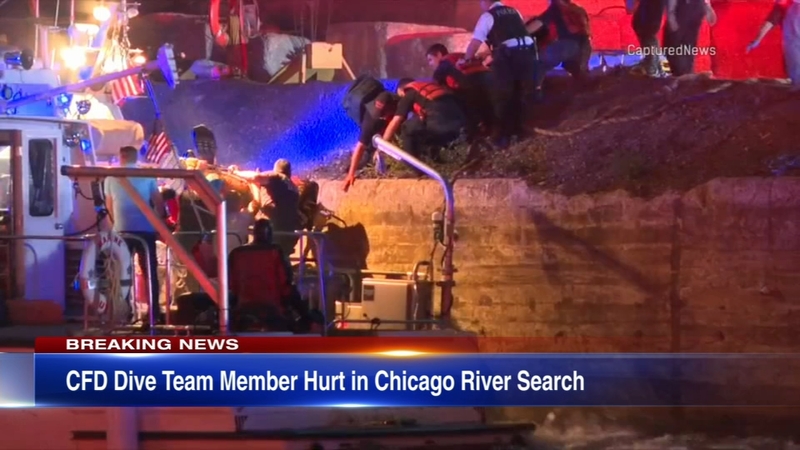 CHICAGO (WLS) -- A member of the Chicago Fire Department's dive team died while searching for a missing boater Monday. Two other divers suffered minor injuries and were treated and released from the hospital.

Chicago Fire Commissioner José Santiago identified the fallen diver as 46-year-old Juan Bucio, a 15-year veteran of the department who spent that last eleven years as a member of the dive team.

Santiago says Bucio was part of a team searching the South branch of the Chicago River for a missing boater. The commissioner said Bucio's partner turned around and when he turned back Bucio was nowhere to be found. Once divers discovered his location he was rushed to Stroger Hospital.

The boater, a 28-year-old man, fell overboard in the Chicago River near Ashland Avenue at approximately 8 p.m.

Officials said two of the injured dive team members were taken to Northwestern Medical Center in in good condition and they have since been released from the hospital.