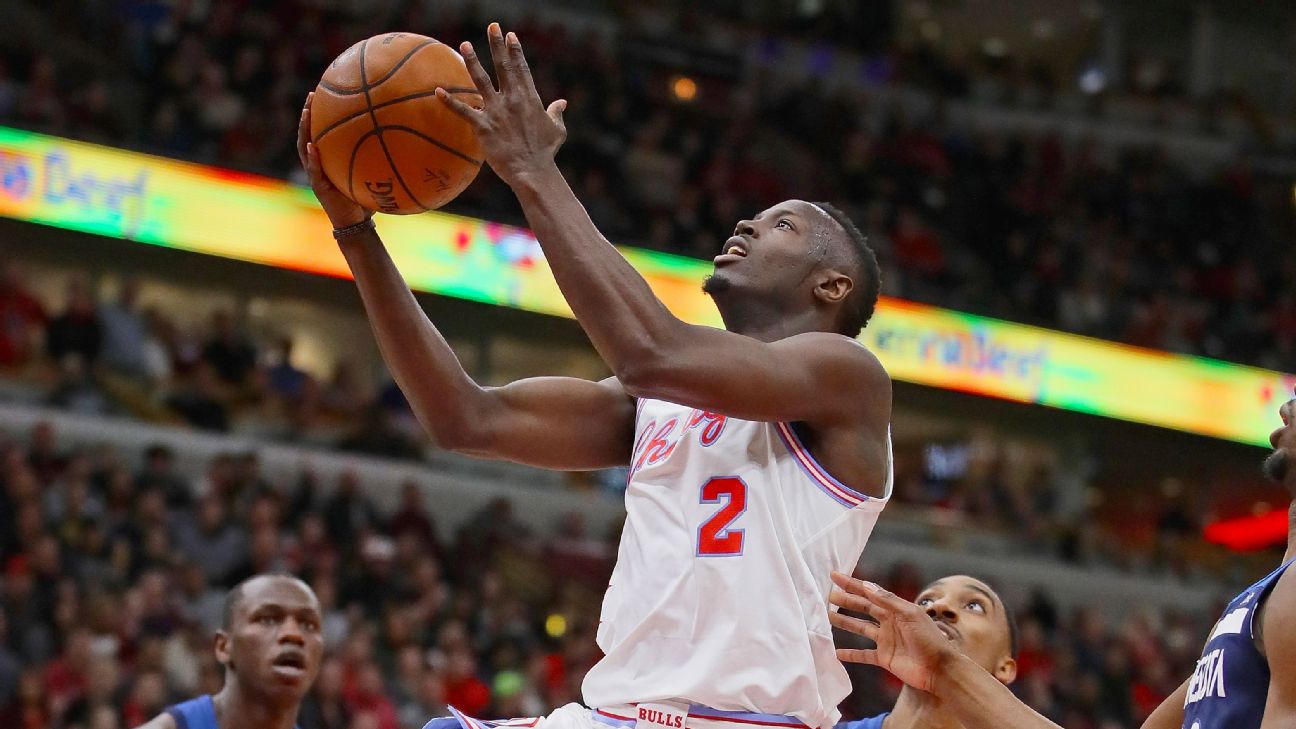 The Magic send center Bismack Biyombo to the Hornets, where he started his career as the No. 7 overall pick in 2011.

Chicago acquires Charlotte guard Julyan Stone, who has a non-guaranteed contract that could be waived next month.

The deal delivers the Magic a backup point guard to play withD.J. Augustin. With the drafting of Mo Bambaas the franchise's future center, Biyombo's minutes would've been limited this season.

The Magic, who have not had a winning record or made the playoffs since the lockout-shortened 2011-12 season, get salary-cap help in Grant's $2.69 million expiring contract, while Mozgov's deal has two years, $32.7 million left.

For the Bulls, Stone's $1.65 million contract has an Aug. 1 guarantee date. If Stone is waived, Chicago's cap space would increase to $16 million in room -- assuming forward Noah Vonleh's hold is released.

For Charlotte, Biyombo has two years, $34 million left on his contract. The Hornets have $120 million in salary and are $3.4 million under the luxury tax threshold with 14 guaranteed contracts on their roster.