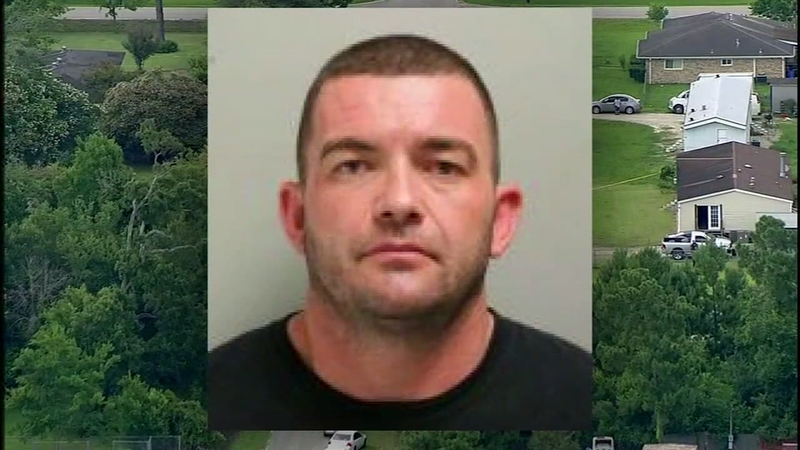 HOUSTON, Texas -- Two children and a man have been killed in an apparent murder-suicide in Harris County, Texas.

The man then killed himself, the Harris County Sheriff's Office confirms.

Wolfe was wanted on a felony warrant for theft out of Harris County. A check of his records also show he has been charged with evading arrest and burglary in the past.

The children's grandmother said she left the house around 12:15 p.m. to go to the store, while the children were sleeping.

When the woman returned home, she said the children, ages 7 and 12, were gone.
Authorities believe the children were taken around 1 p.m. from the home in Jacinto City, Texas.

Sources tell ABC13 the girl is Wolfe's daughter. It's not confirmed how the boy is related to Wolfe.

Hours later, deputies were called to the horrific scene.

Shelley Childers has more on the tragic shooting death of two children in NE Harris County.

"It appears to be a situation of family violence where the adult male is the paternal father of one of the children," Harris County Sheriff Ed Gonzalez said.
An investigation is ongoing to determine a possible motive.

"It is definitely a dark day here in Harris County. Another situation of family violence. This happens way too often and it is very sad and unfortunate that we see situations like this occur," Gonzalez added.