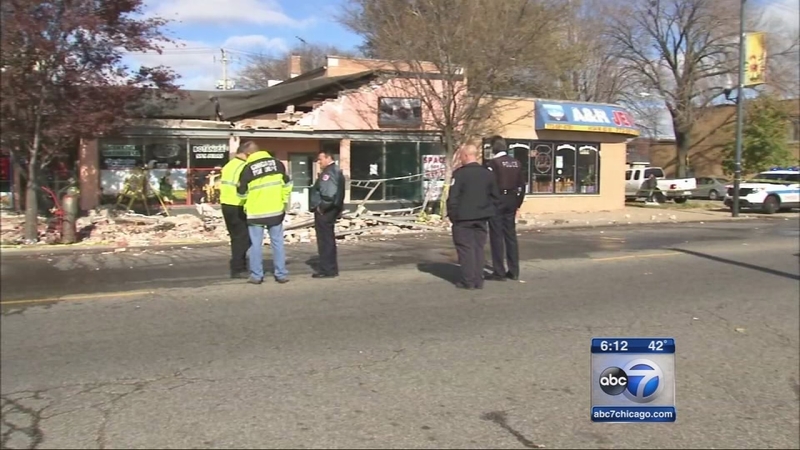 CHICAGO (WLS) -- One construction worker was killed and three more were injured when a building at 63rd and Keeler collapsed while they were working on it, police say.

Workers were apparently replacing the facade on top of the building, possibly for a new tenant about to move into the commercial space. Witnesses say they were removing a small part of the facade when the entire front came crashing down on top of them.

Two critically injured workers were taken to Christ Hospital, where one was pronounced dead and the other is listed in serious condition. A third worker was taken to Holy Cross Hospital with minor injuries and a fourth worker did not go to the hospital for treatment.

Officials from the Building Department and Chicago Police are investigating the scene. Barricades have been posted around the building. Police have issued a notice of violation for not getting the required permits to work on the building.