Will Cole Hamels deliver as the Cubs' big deadline pickup? 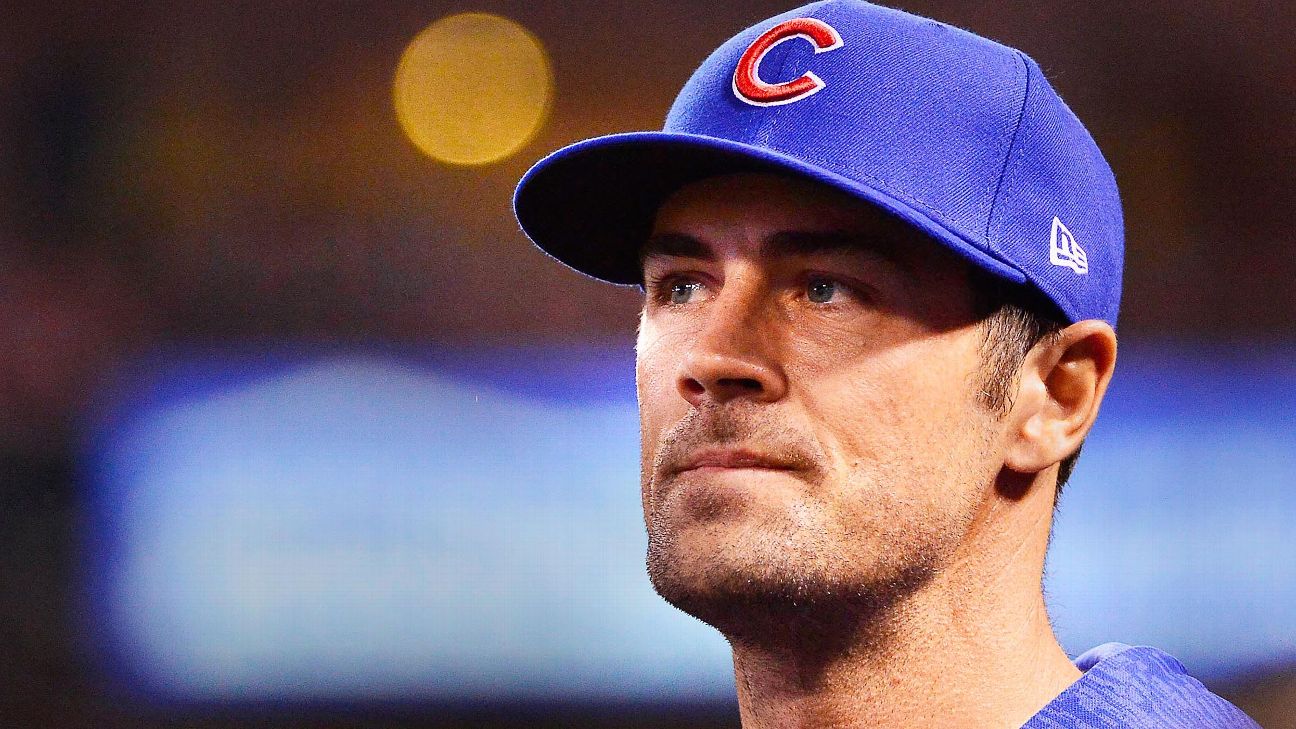 PITTSBURGH -- The Chicago Cubs are hoping that now -- finally -- is the time. Time for their much-talked-about starting rotation to take command and lead the way to the team's fourth straight playoff appearance.

The trade deadline has come and gone, bringing with it a former ace attempting to lift himself and his team to greater heights. When Cole Hamels takes the mound on Wednesday for his Cubs debut, though it will be just one start, it might give a sense of what's to come in the final two months of the regular season. Can the maligned rotation find its groove?

"Having Cole pitch [Wednesday] will be a big boost for our guys, to see him out there battling,"Jon Lester said. "Maybe that gives us a kick in the butt to get us going. Who knows?"

That's what it has come down to for the Cubs, who sidelined one free-agent starter -- Tyler Chatwood -- in favor of a veteran who produced an 11.12 ERA last month. The Cubs' other high-priced, free-agent hurler, Yu Darvish, is seemingly, finally, on the road to recovery, but we still don't know when he'll pitch in the big leagues. As such, a revamped five-man rotation will be asked to step up its game. Lester has done his part andKyle Hendricks has made some strides of late, but no one can predict what the final 56 games will look like on the mound.

"It's giving me some cause for concern," pitching coach Jim Hickey said recently. "And it has been relatively consistent too, ever since the beginning of the season."

It's not the kind of consistency Hickey was looking for in his first year with the team. He's as confused as anyone.

"It is a little surprising we haven't had that run yet," he said. "It's unique because they are so established."

Everyone wants someone to blame when things don't go as planned, so why not blame the new guy? But the fact is, it is never that simple. Lester has thrived under Hickey, as have many first-year relievers. Does anyone really believe Hickey has messed up Hendricks?

"It's the most maddening thing," Hickey said. "Trying to figure what's wrong, especially with a guy like Kyle who's been as consistent as he's been."

Back-to-back eight-strikeout performances at least mean Hendricks has something going. If he can just rid himself of his first-inning woes, the Cubs might have their No. 2 pitcher back.

"I have to figure out that aggressive mindset and get those quick outs in the first and go from there," Hendricks said after his latest start.

At least he knows the issues. Now he has to fix them. That's easier said than done, as it has been four months of much of the same. But Cubs starters aren't focused on the physical part or even past performances. They want to get that swagger back for the pennant race, that competitive edge that might not show up in every box score. Perhaps Hamels will unlock it for them.

"He's been there, done that," Lester said. "For me, that's the most important thing. He's won. He's played for good teams and done it for a long time. It's a shot in the arm. Now it's up to us to go out there and get on that run."

If anyone is going to dismiss the numbers achieved on a last-place Texas team, with nothing on the line, it's Lester. Hamels was his National League clone for a long time, winning in Philadelphia with stuff but also with heart. Even younger pitchers see his significance to the game.

Hickey made sure to point out that the opposite is true as well. It's not just the team that might benefit.

"He's going to get a boost himself," Hickey said of Hamels. "And if he comes out and performs, hopefully it does become contagious."

The Cubs always knew they would be in this position someday: trying to win again with a new look to their rotation. They traded, they signed, they tried to develop, but it hasn't gone as planned.

Take the optics of Saturday: On the day their new pitcher -- who struggled mightily this year in Texas -- joined the team in St. Louis, their big July 2017 addition on the mound, Jose Quintana, gave up six runs in the first inning to the Cardinals. One free-agent starter,Chatwood, had just been demoted to the bullpen for walking more people than anyone else in baseball. The other free-agent arm, Darvish, had just thrown just 23 pitches in the bullpen, attempting to make it back to the mound for the first time since May.

To make matters worse, the opposing pitcher that day, Miles Mikolas, could have easily been a Cub this past winter. They had interest, but the Cubs either would not drop a team option for a third year or would not guarantee one, according to a source familiar with the situation. Mikolas signed for $15.5 million over two years, which means he probably could have been had for about the same length -- and half the money -- as Chatwood.

These were decisions the Cubs made, fully aware of what they were getting themselves into, save that no one could have predicted the number of walks Chatwood would issue.

That brings us to Wednesday. Internally, the Cubs aren't expecting Hamels to have the impact thatJustin Verlander had last year after he was traded to Houston. But that's probably how Hamels will be viewed, externally, as he represents hope. Can he help ignite the run that has eluded the rotation of a first-place team?

"That's the good news, I guess," Hickey said. "The fact that we're still where we are, and we have not had that run. And I have had that moment a couple of times myself, where I've said, 'OK, that's it. Here we go. This is going to be the one.' Nobody wants to be that weak link, and it's going to be contagious. But it really hasn't caught on."

If not now, when? There is no more help to be had, other than the additions of Jesse Chavez and Brandon Kintzler. But those are relievers. The pressure is on the starting rotation. And the idea of waiting for Darvish to get healthy is so June or July that when ESPN analyst Alex Rodriguez brought up the situation to a national audience on Sunday Night Baseball, it hardly registered inside the clubhouse. Yes, there are those within the organization wondering when Darvish will return and exactly what is wrong, but those questions just echo the fan base as well.

Besides, Darvish gave his best explanation yet after he threw a successful bullpen session on Tuesday.

"I took the MRI, and nothing showed up, but it turns out I can't throw," Darvish said of his slow rehab from an elbow problem. "As much as it's a mystery to you guys, it's more of a mystery to myself because I'm the one trying to process it and grind through."

The team has had plenty of time to adjust to Darvish's absence. You can wonder what's going on and support him at the same time. Those aren't mutually exclusive things. Same goes for worrying about the rotation down the stretch -- and also believing in it. Getting deeper into games would be a nice start.

"We have to be a lot more pitch-efficient going into the final two months," Hickey said. "It's time to turn the corner."

Hickey claims that he hasn't lost sleep over it, but perhaps that's because the offense and bullpen have covered for the rotation, vaulting the team into first place. No one really believes that can continue, and no one wants to rely on that strategy. Starting pitching still rules baseball, though perhaps a little less than it used to. It can rule the Cubs again, especially if a 34-year-old veteran can find his groove and provide a much-needed boost.

"He's been around," Hendricks said of Hamels. "I'm really excited to see him throw. Hopefully this is the time where these last two months we can start rattling off some good starts." 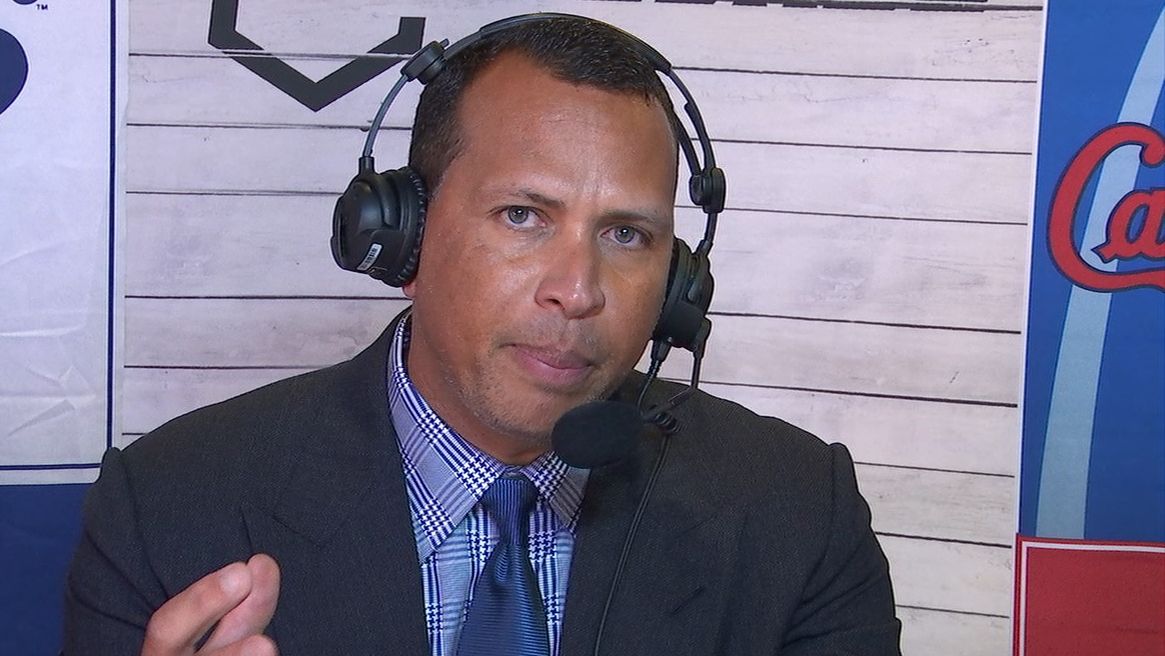