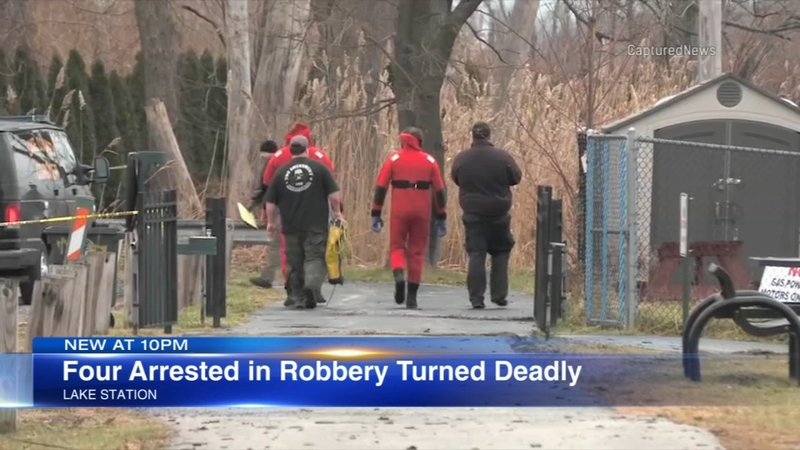 LAKE STATION, Ind. (WLS) -- Four people are in custody in relation to the stabbing death of an East Chicago man whose body was found in a lake in northwest Indiana Sunday afternoon, police said.

Lake Station police said they received reports of a body floating in Grand Boulevard Lake at around noon. The Lake County, Indiana, Coroner identified the victim as Erik Lozano of East Chicago.

Police said an investigation assisted by the Northwest Indiana Major Crimes Task Force found that Lozano had been a victim of a robbery in East Chicago, during which he was stabbed multiple times. Police said the robbers took his body and dumped it in Grand Boulevard Lake.

Police said four men, aged 19 to 21, were taken into custody Monday and charges are pending.