4 found dead, shot in the head, inside Philadelphia home 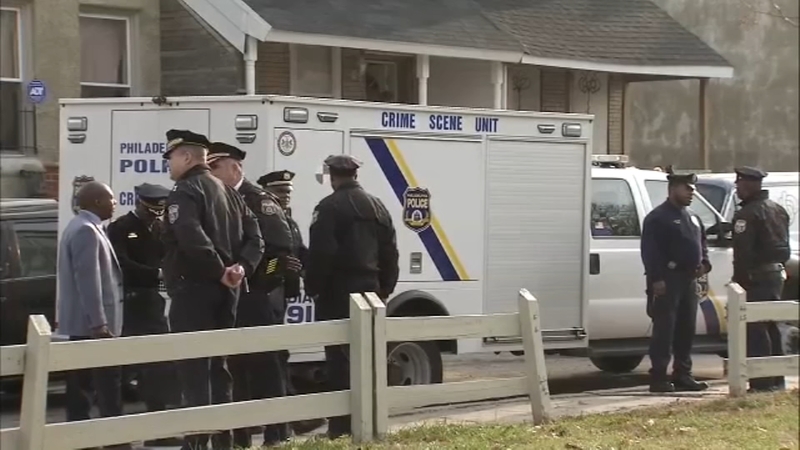 4 found dead, shot in the head, inside Philadelphia home

SOUTHWEST PHILADELPHIA -- Police are investigating a gruesome discovery in Southwest Philadelphia, where four people were found dead inside a home.

Officers were called shortly after noon Monday to a home on the 5100 block of Malcolm Street after a relative requested a wellness check.

In the basement of the home, four people - two men and two women - were found with one gunshot wound to the head.

All four were pronounced dead at the scene.

"All four of these individuals were executed. There are no ifs, ands or buts about it," Philadelphia Police Commissioner Richard Ross said.

Ross says the home appears to be in the process of being renovated. In fact, Ross says a neighbor heard bangs Sunday night, which he assumed had to do with ongoing work at the house.
There were no signs of a struggle, which leads investigators to believe the victims may have been led down to the basement.

"You can clearly see that some significant work was being done upstairs. And by virtue of how barren the basement was, it appears that they were taken down there and subsequently shot to death," Ross said.

So far, no arrests have been made.
Police say they are currently checking surveillance cameras in the area, as well as interviewing witnesses and family members in an attempt to figure out what may have led to the killings.