5 shot in Back of the Yards near 52nd, Morgan 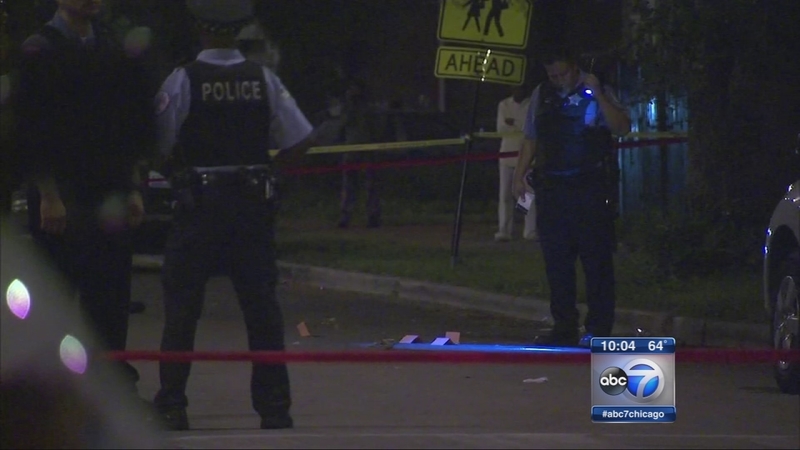 CHICAGO (WLS) -- Five people were shot across the street from a South Side elementary school in Chicago's Back of the Yards neighborhood.

Police said three men and two women were standing on the sidewalk in front of a convenience store on the corner of West 52nd and South Morgan streets, across the street from William T. Sherman School, when they heard shots and felt pain around 7:45 p.m. Thursday.

A number of evidence markers could be seen on the street between the store and the school.

A 27-year-old woman was shot in the chest. She is listed in critical condition at Mount Sinai Hospital. A 32-year-old man suffered a graze wound. He was also taken to Mount Sinai, where his condition stabilized.

A woman who lives near the scene heard the shots said it sounded like a shootout.

A couple of bicycles were strewn near the shooting scene, possibly by witnesses who ditched the bikes and ran away.

The school has surveillance cameras. Police are looking at the video.