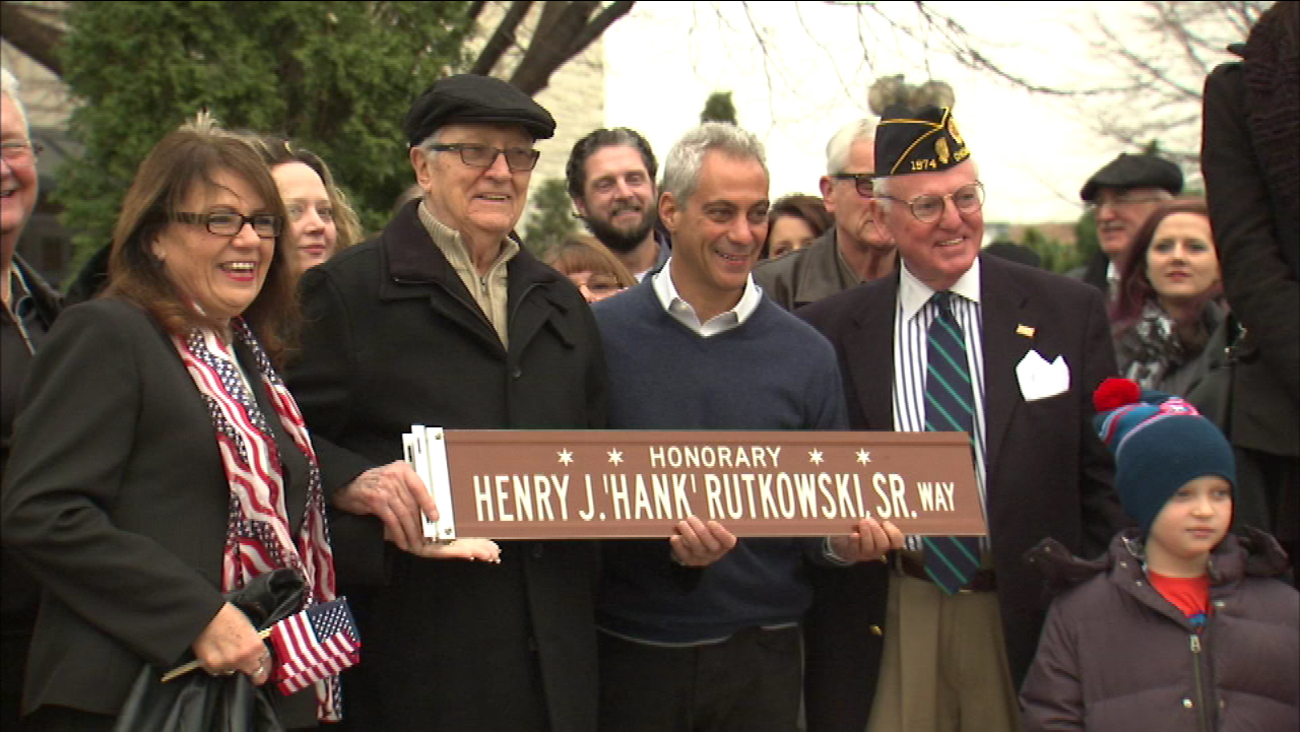 WLS
CHICAGO (WLS) -- A Chicago veteran was honored Saturday exactly 70 years after he was forced to jump from a B17 "Flying Fortress" in World War II.

In December 1944, Rutkowski and his crew had just finished bombing oil refineries in Germany when their plane was hit by anti-aircraft guns.

They had to jump out of their plane, though they had never made any practice jumps. Rutkowski and his crew were held by the Germans for the rest of the war.

"It's an honor, but like I always say, the honor should be bestowed on the ones that didn't come back and that's always in the back of my mind," Rutkowski said.

Saturday there was a Mass of Thanksgiving at St. Bruno's Church in recognition of the anniversary and the plane's crew.