CHICAGO (WLS) -- There is a big mess to clean up at Morton Salt in Chicago's Goose Island neighborhood, after an avalanche of salt spilled onto nearly a dozen cars at the McGrath Acura dealership next door. But it could be days until the owners of those cars get their vehicles back, as there are major structural issues with the Morton Salt roof.

A wall partially collapsed at the storage facility in the 1300-block of North Elston Avenue around 2 p.m. Tuesday. No one was injured in the downpour, which buried at least three cars and crushed the tops of others.


Eleven vehicles were damaged; three of them were new to the dealership. Others belonged to customers waiting for service.

Noble Jones, general manager of McGrath Acura, says that building inspectors have been to the site and said the roof needs to be stabilized before any major cleanup can commence, which will take time.

The city says the Morton roof, where it reads "When it rains, it pours," had not been maintained in sound condition, and that there was an outstanding violation to that effect. The wall gave way when the road salt inside was piled too high, with too much weight causing too much pressure. Surveillance camera video, not yet made public, shows a cloud of falling salt and brick lasting roughly 90 seconds.

The dealership's general manager is thankful his customers and employees are ok.

"It happened fast but it gave us a little warning because we can hear bricks and things falling before the wall actually collapsed," said Noble Jones, general manager at McGrath Acura. "We were able to get people out of the way but usually in that area you would have 10-15 people moving cars back and forth."

Structural engineers are trying to determine whether the building can be repaired. Meanwhile, McGrath Acura is working to replace the damaged cars and Morton's salt insurance agents have been to the site and will make good on replacing the cars destroyed by the salt. Jones hopes customers will have new or similar cars in about 15 days. 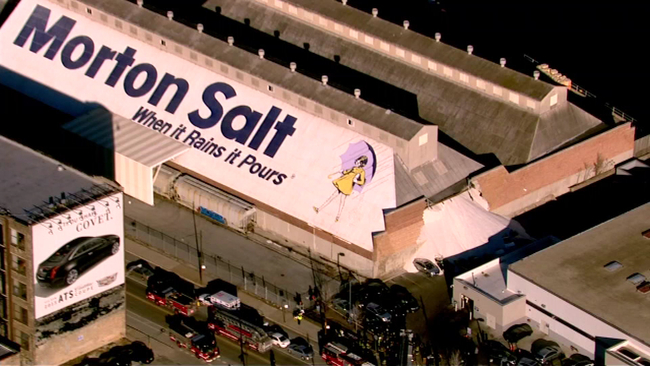 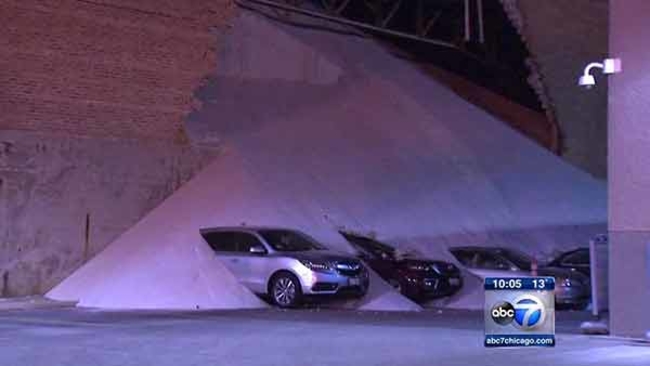