WLS
By Jessica D'Onofrio and Alexis McAdams
HAMMOND, Ind. (WLS) -- A wintry mix made for a wintry mess on the roads Thursday, especially for areas south of Chicago and in northwest Indiana.

A slushy accumulation could persist on the roads throughout the day, leading to slippery spots through the evening commute.

Illinois State Police and the Illinois Department of Transportation urged drivers to prepare for the early blast of winter. 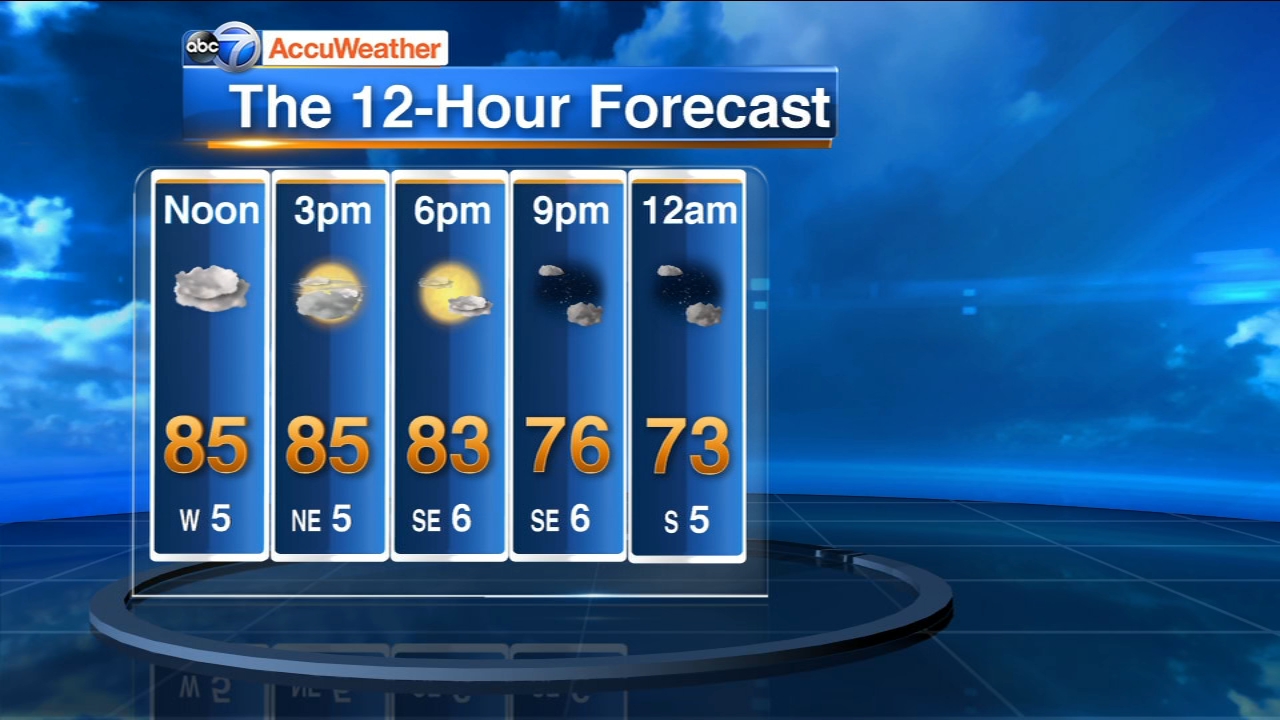 Treacherous conditions in northwest Indiana made it tough for drivers to see, slowing traffic to a crawl in some areas.

"I've just traveled for about a quarter mile and I've slid back and forth already and I'm not even going fast," said driver George Kettell.

LIVE TRAFFIC: Check out our real-time traffic conditions on our live traffic map


David Oliver encountered the snow while from Ann Arbor Michigan to Minnesota. He stopped for gas in Hammond after seeing several crashes.

Phil Taillon, the chief of staff for the city of Hammond, said crews were out in full force salting and clearing the roadways for hours, but still had nearly two dozen crashes and counting.

"The first real snow of the year is always the biggest challenge," Taillon said. "You have to pay attention to other people who are not as prepared as we are in Northwest Indiana since we get this every year."

In Merrillville, a thick blanket of snow covered neighborhoods where people grabbed their shovels to clear their drive ways and dug out brushes clean off their cars.

Northwest Indiana and the south suburbs got hit hard by the storm that developed throughout the morning. Storm Tracker spotted several accidents on I-57 south of Kankakee before daybreak.

"They were saying last night that we were going to get snow, but I didn't think it was going to be this heavy," said driver Tony Skoda.

In the city, the snow started falling just after 7 a.m., powdering areas like Taylor Street and Loomis as commuters waited for the bus. Chicago deployed over 200 vehicles to clear the roads. 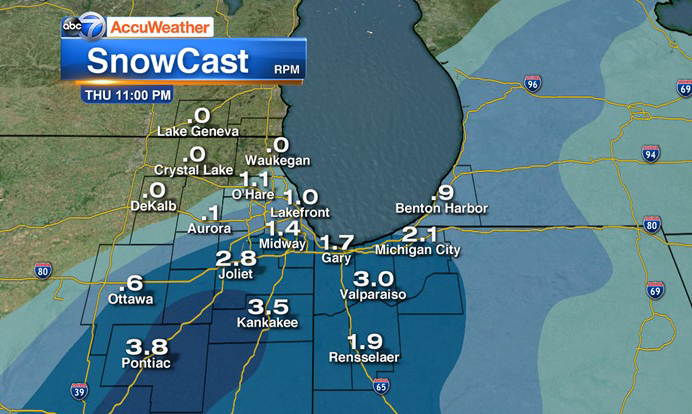 Meanwhile, the O'Neill family enjoyed the wintery blast on their walk to school.

"I'm happy to see it," Annie O'Neill said. "I really like snow and when it gets more packed, I can play in it."

At least two inches of snow fell in Hammond and with low temperatures, drivers will have to be extra careful to watch out for ice.
Report a correction or typo
Related topics:
weatherchicagocook countydupage countyindianawill countymerrillvillehammondsnowforecast
Copyright © 2020 WLS-TV. All Rights Reserved.
More Videos
From CNN Newsource affiliates
TOP STORIES