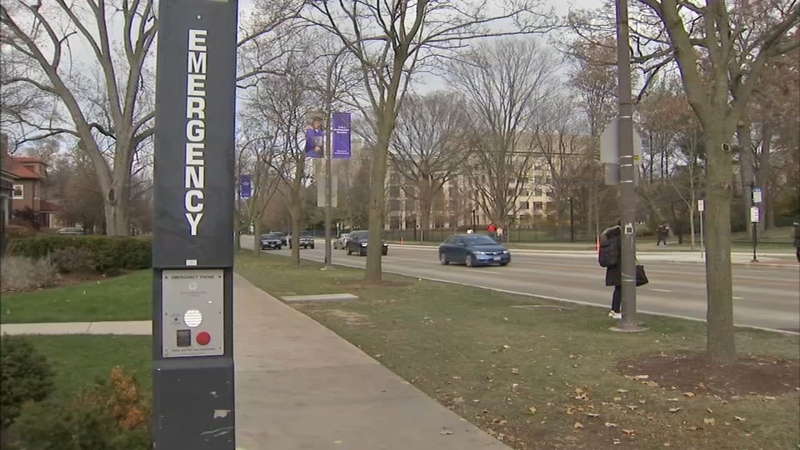 EVANSTON, Ill. (WLS) -- More police will be patrolling the Northwestern University campus in Evanston after several incidents of harassment against women over the last month.

The two most recent incidents were reported Tuesday and involve two men who allegedly made rude comments to women, and in one case, grabbed a woman's arm after making disparaging remarks.

This follows a safety alert that was issued last week after several incidents of women being attacked while walking alone.

In total, there have been five incidents in the last two and a half weeks.

Some female students said they are being more alert and carrying pepper spray.

Anyone who observes suspicious activity is encouraged to contact Evanston police at 847-866-5000 or Northwestern University police 847-491-3456. In the event of an emergency, call 911.
Report a correction or typo
Related topics:
evanstontheftnorthwestern university
Copyright © 2021 WLS-TV. All Rights Reserved.
More Videos
From CNN Newsource affiliates
TOP STORIES