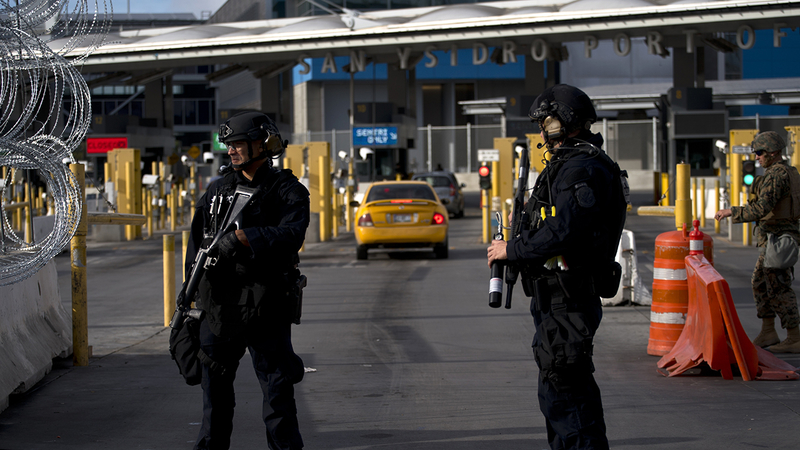 Central American migrants march toward US border in show of force

TIJUANA, Mexico -- US Customs and Border Protection has closed road and pedestrian bridges in both directions at the San Ysidro port of entry, one of the largest land border crossings between San Diego and Tijuana, Mexico.

The closures come as around 500 migrants overwhelmed federal and local Mexican police blockades and rushed toward the US border near Tijuana, Mexico.

The crowds are made up of men, women and a lot of children, said CNN stringer Alfredo Alvarez, who is in the crowd.

Because the regular border crossings were closed, the migrants headed for the cargo area where the railroad crosses, Alvarez said.

The migrants appeared to be meters from the US border wall, he said. He could not see from his position if the migrants had managed to get across the actual border.

The agency said it has deployed extra personnel to the border crossing due to multiple planned demonstrations on both sides of the border.

"The additional personnel, which included CBP officers, US Border Patrol agents, and Air and Marine agents, were recently deployed to the San Diego area from various areas around the country in preparation for the potential arrival of the caravan in Tijuana."

In addition, northbound vehicle traffic processing at San Ysidro is currently suspended. Updates will be provided as they become available.

Southbound lanes into Mexico at the San Ysidro port of entry are currently closed. Updates will be provided.