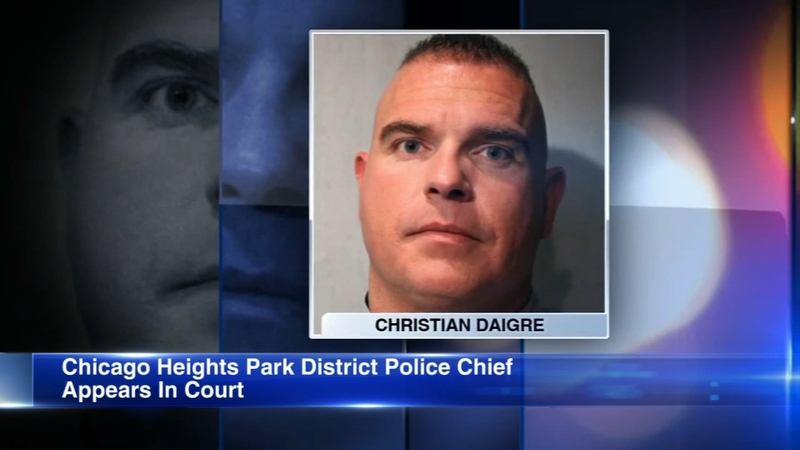 CHICAGO (WLS) -- The Chicago Heights Park District police chief accused of secretly filming women and posting it on the internet pleaded not guilty Wednesday to the charges.

Christian Diagre, the suspended park district police chief, appeared in Cook County court for his arraignment. He is charged with two counts of non-consensual dissemination of sexual images and one count of intimidation.

He will return to court on Jan. 9.

Diagre is accused of secretly filming sexual encounters with women and posting it on social media. Prosecutors said the illicit encounters took place in a South Loop apartment building equipped with a camera on the ceiling.

In addition to filming the women without their consent, prosecutor said he allegedly distributed still photos to friends via text message. The attorney representing the women said they met him using online dating sites.

Diagre also has been accused of threatening a victim and witness after he learned about the investigation.

Diagre has been suspended without pay after he was formally charged late last month.

Allegations by a third woman led to a third charge of non-consensual dissemination of sexual images. However, the Cook County State's Attorney's Office said Wednesday that the charges were dropped.

"After a review of the evidence related to this case, we concluded that we are unable to meet our burden of proof to sustain the criminal charge and today the case was dropped," the state's attorney's office said in a statement.
Report a correction or typo
Related topics:
chicago heightschicagosouth looppolicesex crimes
Copyright © 2021 WLS-TV. All Rights Reserved.
RELATED