Pope Francis confirms 3 stops on US visit in September 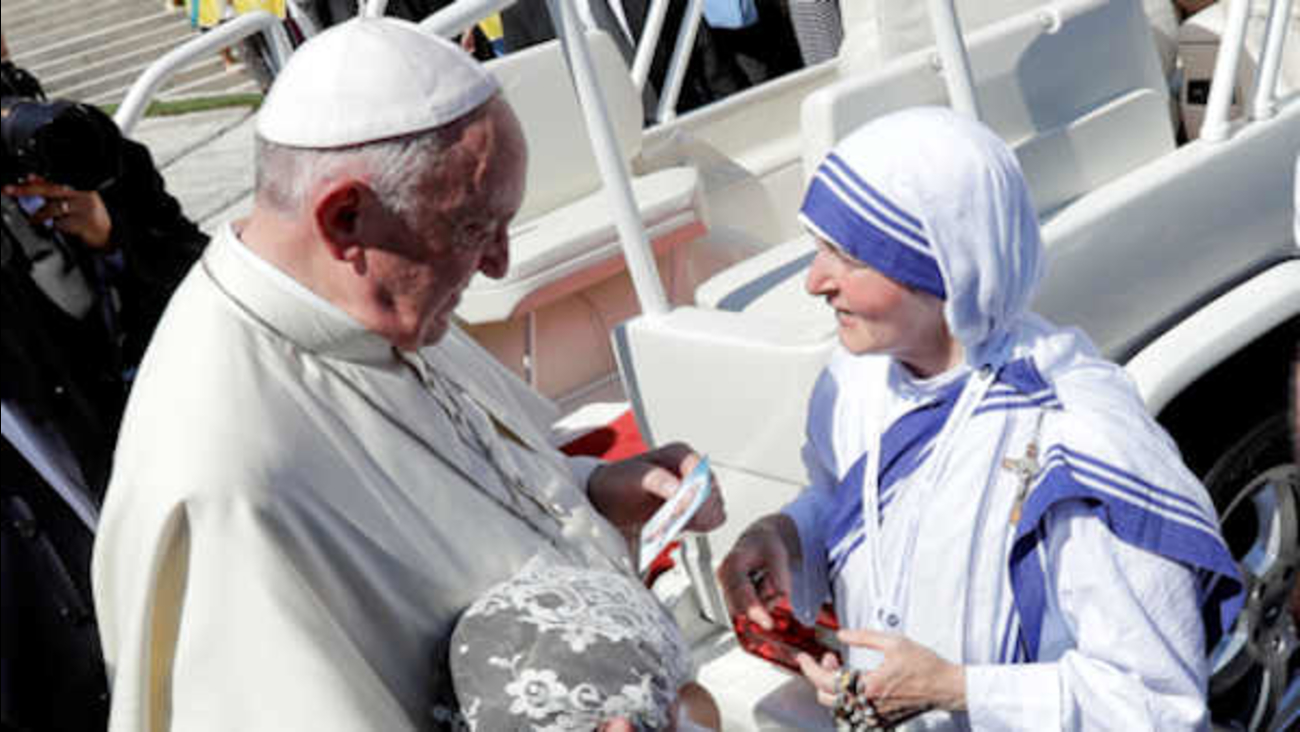 NEW YORK -- Speaking on his flight back to Rome from the Philippines Monday, Pope Francis confirmed that he will visit Philadelphia, New York City and Washington D.C. in September.

The pope will visit the United Nations during his time here.

"New York City will be excited and delighted to host Pope Francis during his visit to the United States this September," Mayor Bill de Blasio said. "I was proud to extend an invitation for His Holiness to visit New York when I met with Cardinal Parolin during our visit to the Vatican last year, and the pope should know New York will welcome him with open arms. Pope Francis is the leading global voice on issues of social justice and income inequality, and New Yorkers from all backgrounds will be tremendously humbled and honored to hear his message right here in our city later this year."

Pope Francis said he would like to go to California to canonize 17th-century missionary Junipero Serra, who established nine missions in California, but he is limited by time constraints.

He will likely do that Canonization at the Shrine (National Sanctuary of the Immaculate Conception) in Washington, where there is a statue of Serra at the Capitol.

During the U.S trip, Francis is expected to visit the White House and address Congress, then speak at the United Nations in New York, and participate in a massive Catholic rally for families in Philadelphia.

As for the official plan, an archbishop who is a member of the committee organizing the trip says that the pope will arrive in Washington D.C. on September 22 and then New York City on the 24.

If all the details are finalized, Pope Francis is expected to visit the United Nations, the World Trade Center site, St. Patricks Cathedral and possibly hold a Mass at Madison Square Garden.

The Mass would not be as big as what the Vatican has planned for Philadelphia, when the pope heads there on the 26th. That city is the focus of the pope's visit.

"New Yorkers of all faiths are thrilled that Pope Francis has confirmed he will be visiting New York City in September," City Council Speaker Melissa Mark-Viverito said. "Pope Francis has made fighting poverty and expanding social justice a crux of his papacy and I am excited that he will be bringing this message to New York City this fall. I thank Cardinal Dolan for his tireless advocacy in encouraging the Papal visit and look forward to working with him and the Archdiocese to ensure that Pope Francis gets to experience the wonder and beauty of New York City's diverse neighborhoods, communities and people."