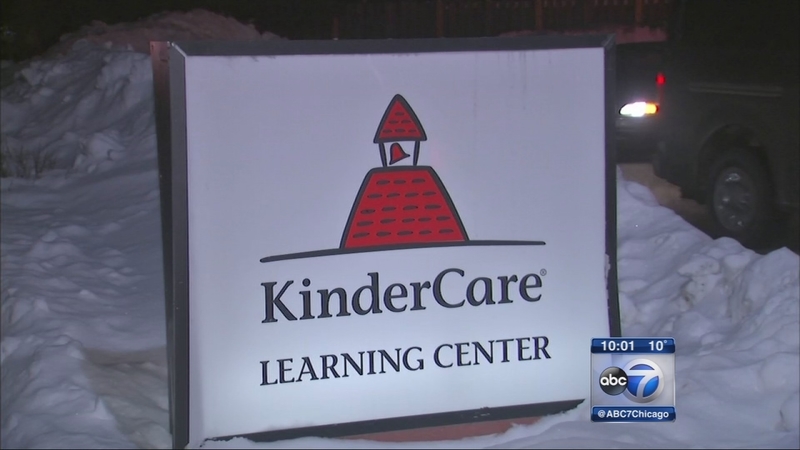 Five children have been diagnosed, though lab testing has confirmed measles in two children; three others are still waiting for results. All five children are under the age of 1 and are residents of suburban Cook County.

Last Sunday, Northwest Community Hospital alerted Cook County Health officials about two infants that were brought in with measles symptoms. The next day, it was quickly determined the babies shared the same room at the KinderCare, and test results confirmed the infants had measles. Health officials say there is a good chance that three other kids under the age of one showing symptoms may have the virus as well.

"The decision was made to instruct the unvaccinated individuals at this day care center to stay home until confirmatory tests were available," said Dr. Terry Mason, Cook County Department of Public Health.

A spokeswoman says KinderCare does not require children to be vaccinated, saying some parents opt out for medical or religious reasons.

It's not believed that any KinderCare children older than 1 are at risk. Aside from opting out, children are required to be vaccinated at public schools or state-licensed daycares.

"All daycare centers should be checking the immunization status of their attendees to make sure they are fully protected so they don't get sick themselves and then bring it back to their classmates who may be too young to get vaccinated," said Dr. Julie Morita, Chicago Dept. of Public Health.

Because the measles vaccine is not available until children are a year old, health officials are concerned about more infants at the KinderCare. Up to 10 are being watched and will remain at home for 21 days.

Measles is transmitted through coughing or sneezing. It can remain in the air and on surfaces for up to two hours.

In Illinois, nearly 95 percent of kindergartners get the vaccine - the same as the U.S. average. On Thursday, one autism advocacy group weighed in, saying: "Vaccines do not cause autism. We urge that all children be fully vaccinated."

How this cluster started in Palatine is unclear.

"We will do everything we can to identify if there is a point source, we're try to do our best identifying that. But at some point the cat is out of the bag," said Dr. Terry Mason, Cook County Dept. of Public Health.

The day care says it is working closely with Cook County, and that crews deep cleaned their building Wednesday night.

Last week, county officials announced Illinois' first case of measles in the northwest suburbs. Heath officials do not believe that case is linked with the day care cluster.

More information on measles in Illinois:

COMPARE: Percentage of children vaccinated in Kindergarten for measles, mumps and rubella
Illinois: 94.7 percent
Indiana: 92.9 percent
Wisconsin: 92.6 percent
National average: 94.7 percent
(according to the Centers for Disease Control and Prevention)