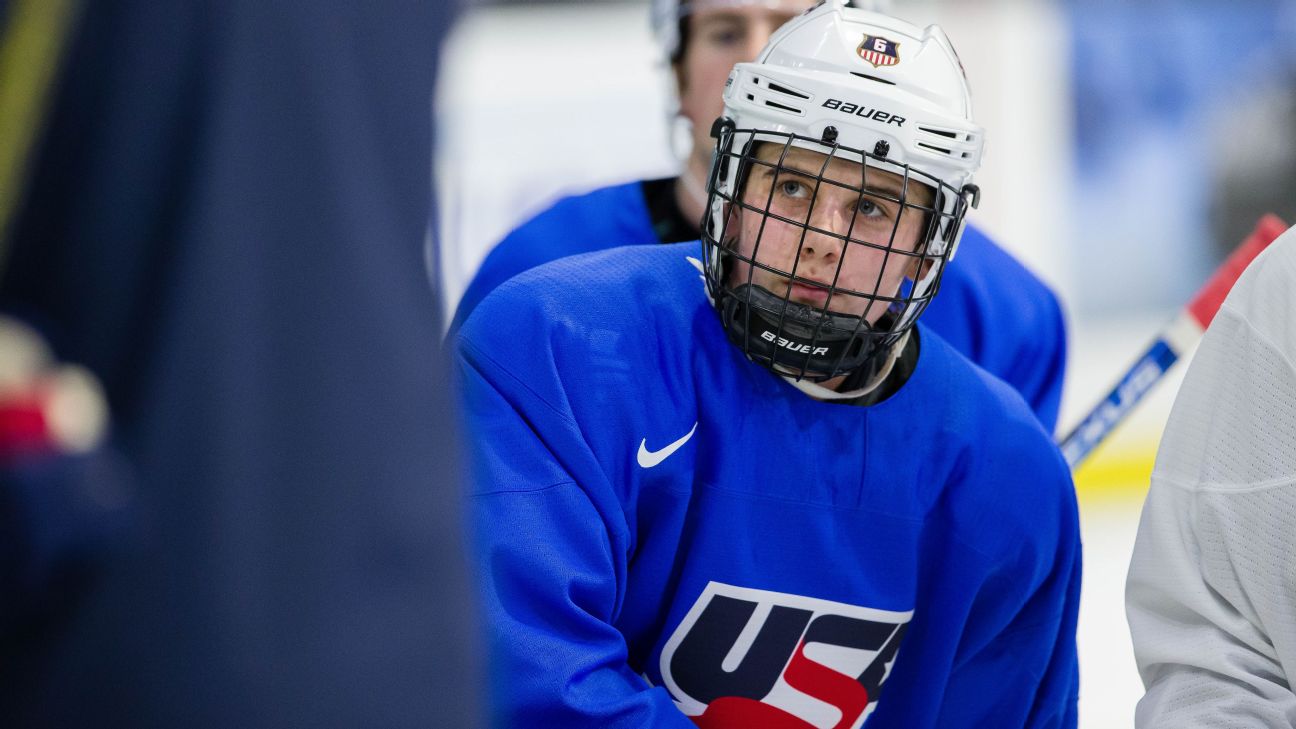 The New Jersey Devils won the 2019 NHL draft lottery after entering Tuesday night's event in Toronto with the third-best odds.

It's the second lottery win in three years for the Devils. They won it in 2017 and selected center Nico Hischier.

"I said the No. 1 thing we needed was [more] talent, and this is a huge part of getting more talent. It's a huge day for the Devils," GM Ray Shero said after the draw.

The 15 teams that did not qualify for the Stanley Cup playoffs were all eligible to win the lottery. The NHL uses three separate drawings to select the teams for the top three picks in the draft, in an effort to discourage tanking.

The Devils had a 11.5 percent chance of winning the lottery. The New York Rangers, who had just a 7.5 percent chance, jumped up from No. 6 to snag the second overall pick. The Chicago Blackhawks made an even more dramatic move, going from No. 12 all the way to the third pick in the draft. They had just a 2.5 percent chance of winning the lottery. The Colorado Avalanche, via a pick acquired from the last-place Ottawa Senators in a 2017 trade involving center Matt Duchene, entered the lottery with the best odds at 18.5 percent. The Los Angeles Kings (13.5 percent), Devils (11.5 percent), Detroit Red Wings (9.5 percent) and Buffalo Sabres (8.5 percent) rounded out the top five teams in draft probabilities.

"I skate with [Devils star] Taylor Hall in the summers. He's been a really good guy to me, really nice. It's the NHL. I'd be honored to play for New Jersey one day. It's a great spot," Hughes said.

The Devils' lottery win continues a bizarre run of luck for Hall in the draft lottery. When he was in Edmonton, the Oilers picked first overall three times. After the Oilers traded him to New Jersey, the Devils won the lottery twice.

Here's the full draft board:

This year's lottery was a painful one for Ottawa fans to watch. The Senators finished the regular season with the NHL's worst record but did not own their first-round pick, which was traded to Colorado in the Duchene trade. They had the option to give Colorado their first-rounder in the 2018 NHL draft, but instead opted to select center Brady Tkachuk with the fourth overall pick. That gave Colorado the Senators' 2019 pick and the best lottery odds. To add insult to injury, the Senators traded Duchene to the Columbus Blue Jackets in February after 118 games in Ottawa.

The prize of the 2019 NHL entry draft is Hughes, a special talent who skates at an elite level and can make plays at high speed.

The 17-year-old center's footwork is unique among most players in that he skates deceptively well on top of having higher-end puck skills. Hughes also has elite vision, which combined with his shiftiness, allows him to exploit open ice and find teammates with ease. There are somewhat limited concerns about his size and physical strength, but they have done little to dissuade most that he belongs at No. 1.

Hughes rewrote the record books at USA Hockey's National Team Development Program, blowing past the likes of Patrick Kane, Phil Kessel and Auston Matthews while putting up 202 points over his past two seasons to shatter the previous career scoring mark of 189. He is averaging 2.10 points per game this season with the U.S. national under-18 team amid a mixed schedule of USHL, college and international opponents. Hughes also represented the U.S. at the World Junior Championship this year where he helped Team USA earn a silver medal alongside his older brother and last year's No. 7 overall draft pick by the Vancouver Canucks, Quinn Hughes.

There is really only one significant challenger who could unseat Hughes as the No. 1 pick. That would be 17-year-old Finnish winger Kaapo Kakko, who brings size and strength to a high-end offensive skill set. Kakko scored 22 goals for TPS Turku this season, which made him the highest-scoring under-18 player in Liiga history as he surpassed Aleksander Barkov for the record.

After Hughes and Kakko there are several players who could challenge for the next few spots, including Russian winger Vasili Podkolzin, Western Hockey League centers Kirby Dach and Dylan Cozens, WHL defenseman Bowen Byram and some of Hughes' own under-18 teammates -- Alex Turcotte, Trevor Zegras and Matthew Boldy.