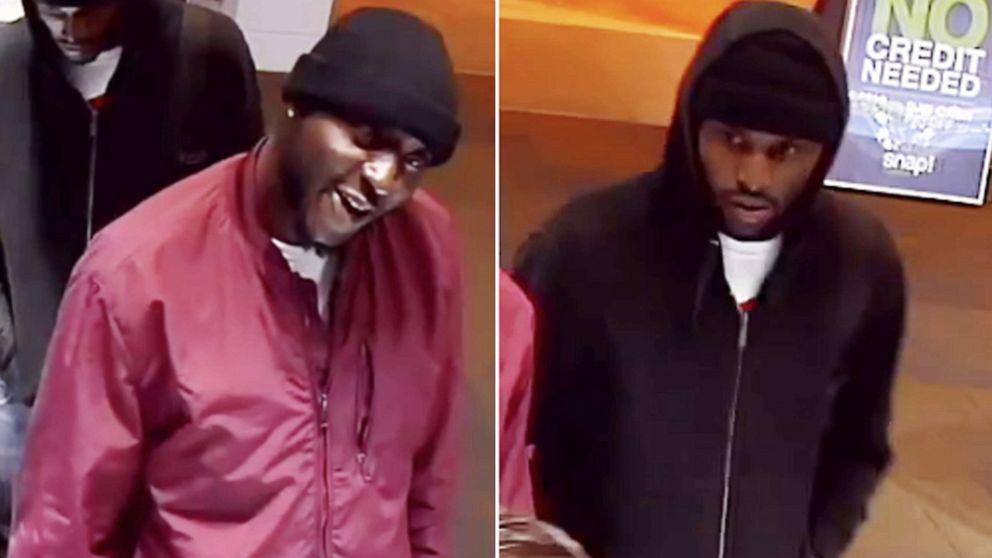 Two men allegedly used a hammer to smash through a glass display inside a Georgia jewelry store and got away with $200,000 worth of diamond rings, according to police reports.

On April 15, one of the suspects walked into the Crescent Jewelers inside the Sugarloaf Mills Mall and expressed interest to an employee in necklaces. The man then left the store and returned with the second alleged suspect inquiring about diamond rings, according to the Gwinnett County Police Department.

In less than 30 seconds, one of the men allegedly brandished a hammer from his waistband and broke the display case with the diamond rings.

"The witness stated the suspects who had on back packs grabbed several trays containing diamond rings and placed them inside the bags," according the police report.

The store's owner told ABC affiliate WSBTV that the thieves dropped several of the rings as they were leaving the store.

The robbers - described as black, between 25- to 35-years-old with tattoos on their faces - allegedly walked out of the Lawrenceville, Georgia, mall into the parking lot where they fled in a black Mitsubishi SUV.

The police are asking for the public with any information about the suspects to please contact their case detectives at 770-513-5300. To remain anonymous, tipsters should contact Crime Stoppers at 404-577-TIPS (8477) or visit their website.
Report a correction or typo
Related topics:
abc newsnational
Copyright © 2020 ABC News Internet Ventures.
More Videos
From CNN Newsource affiliates
TOP STORIES