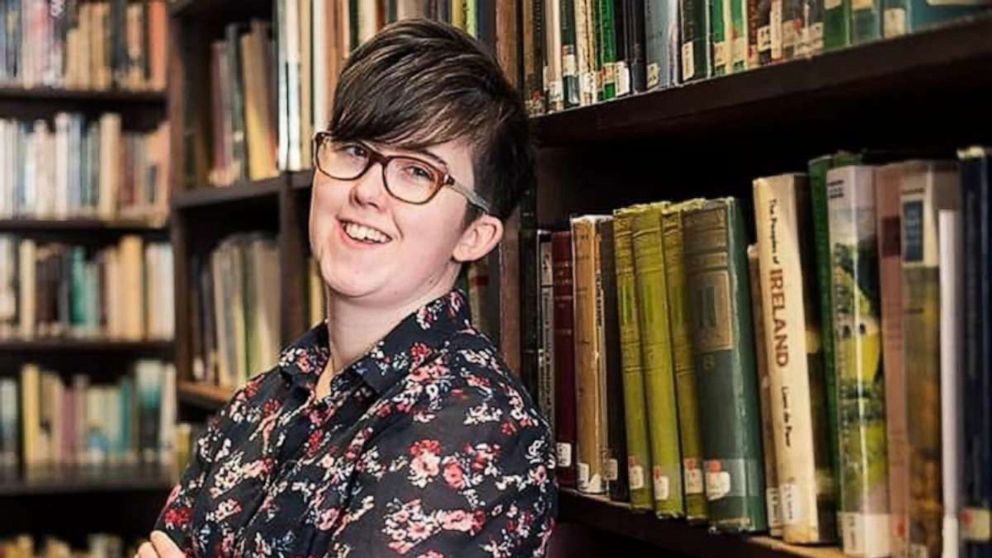 LONDON -- The paramilitary organization New Irish Republican Army (New IRA) apologized for the murder of 29-year-old journalist Lyra McKee, as a third person was arrested in connection with the death.

McKee was killed by a "single gunman" who fired shots during riots in Creggan, Derry/Londonderry on April 18, Northern Irish police said.

"In the course of attacking the enemy Lyra McKee was tragically killed while standing beside enemy forces," the New IRA said in a statement seen by Irish News. "The IRA offer our full and sincere apologies to the partner, family and friends of Lyra McKee for her death."

In the statement, the group, which formed in 2012 as an offshoot to the Irish Republican Army, claimed "volunteers" were deployed after British forces "provoked rioting."

Meanwhile, a 57-year-old woman was arrested under the Terrorism Act in connection with the murder of McKee, the Police Service of Northern Ireland announced Tuesday on Twitter. The arrest comes after two men, aged 18 and 19, were arrested Saturday.

The rioting apparently erupted as homes belonging to Irish republicans, who believe Ireland should be separate from British rule, were raided ahead of the Easter weekend. Rioters threw over 50 petrol bombs and hijacked two vehicles, which were later set on fire, police said.

The murder was initially believed to have been "carried out by a violent dissident republican," assistant chief constable for district policing Mark Hamilton said in an April 19 statement.

The New IRA, which is designated as a terrorist organization by the U.S., was formed with the aim of uniting Northern Ireland and the Republic of Ireland.

In March, the group claimed responsibility for three explosive devices sent to major transport hubs in London, according to The Guardian. The devices were dealt with by counter-terror police and no one was harmed.

McKee, a journalist who had written for publications such as The Atlantic, appeared on Forbes' European 30 under 30 list for media in 2016, with the magazine saying her "passion is to dig into topics that others don't care about."

Her murder was met with international condemnation.

McKee's friend, Irish writer and journalist Susan McKay, described McKee as "a beautiful young woman, brimful of life, love and creativity," in an article in The Guardian.