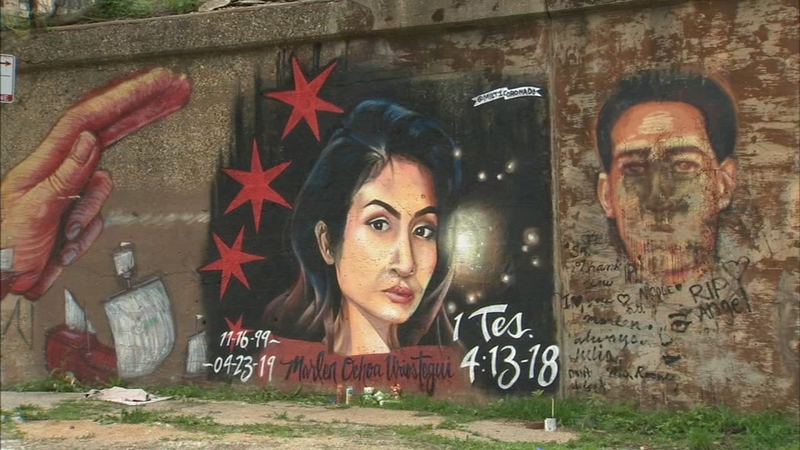 CHICAGO (WLS) -- The murder of Marlen Ochoa-Lopez has affected people all over Chicago, including an artist who turned his shock and horror, into a thing of beauty.

Artist Milton Coronado created the mural near 16th Street and Newberry Avenue in Pilsen. In an interview with ABC7 Wednesday morning, Coronado said he, "wanted to give the family a gift, a memorial, of their daughter as well as to the city.

Coronado said his father was gunned down in 2001 and he created a mural after his murder.

"I painted a mural to help me cope with that loss and it served me as therapy for it and it really helped me," Coronado said. "I wanted to give back to the city something similar."

When people see the mural, Coronado said he wants them, "to understand that even in the midst of this evil and the midst of this horror, we can still find hope. I want them to also be connected to her, to her family even though they didn't know her or know the family."