WLS
MICHIGAN CITY, Ind. (WLS) -- An inmate who escaped from the Indiana State Prison in Michigan City, Indiana has been taken into custody, police said.

Police said Hornett was tracked to a vacant home he had forcibly entered to evade capture. After being confronted by law enforcement, Hornett surrendered without incident.

Neither Hornett nor any officers were injured.

"We greatly appreciate the effort and assistance of the state police and local police agencies who worked side-by-side with our Fugitive Apprehension Unit to get offender Hornett back into custody," said Indiana Department of Correction Commissioner Rob Carter.

Hornett was charged with burglary, and sentenced on September 14, 2018, to serve five years. Police said he is likely to be charged with escape and residential entry. 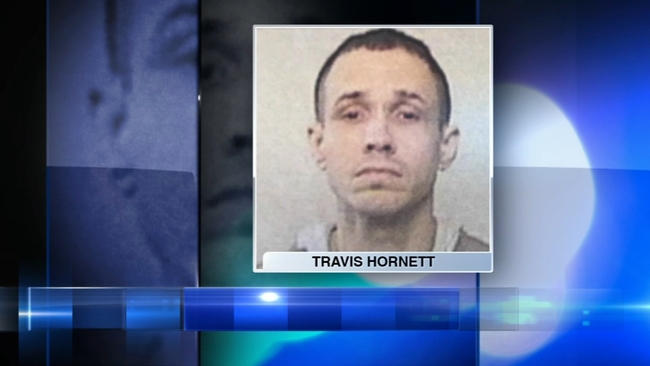