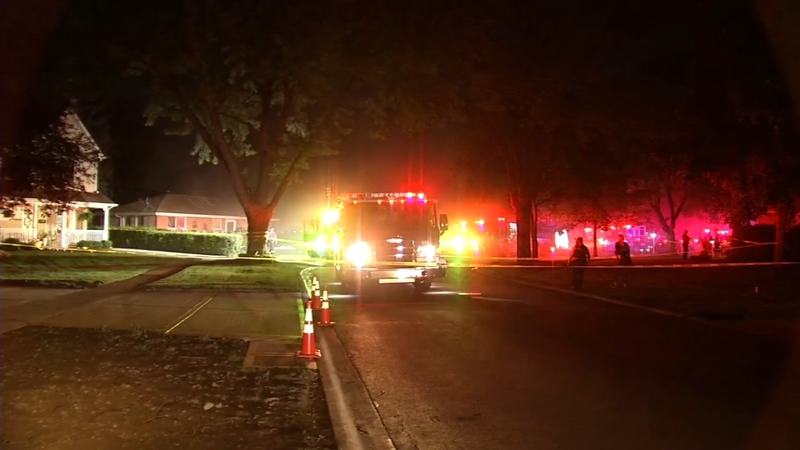 UNINCORPORATED ELMHURST, Ill. (WLS) -- Officials have released the victims' and suspect identities after three people were found dead after a house fire in DuPage County Friday.

Investigators said 43-year-old Jamie M. Jones, the mother of Nathan Harris, 19, and Jason Harris, 16, is suspected of starting the fire in her home.

According to investigators, Jones took the lives of both of her sons with a firearm before starting the fire in her home and turning the gun on herself in an apparent suicide.

On Friday around 9:30 p.m., the DuPage County Sheriff's Office responded to a house fire in the 3N300 block of Willow Road in unincorporated Elmhurst.

The Elmhurst Fire Department removed three people - one woman and two males - from the home who were deceased.

"This is truly a tragedy. An act like this is completely inconceivable. This will be a trying time for the family, the community and our first responders who dealt with the aftermath of this horrible incident," said DuPage County Sheriff James Mendrick. "We offer sincere condolences for anyone affected and urge anyone who is going through stressful times in their lives to please seek help."

DuPage County State's Attorney Bob Berlin released a statement at the conclusion of the investigation.

"The events that took place on July 12th are a tragic loss for the family, as well as the entire community," Berlin said. "I would like to thank Sheriff Jim Mendrick and his team for conducting such a thorough and timely investigation into this matter that led to a swift conclusion."

If you or someone you know is struggling with suicidal thoughts, resources are available.