WLS
CHICAGO (WLS) -- A Romeoville woman has been charged after police said she hit a bicyclist and fled the scene in River North in June.

Police said Kristen Levasseur, 24, was the driver who struck a 32-year-old man riding a Divvy bicycle in the 400-block of West Grand Avenue on June 25. The man was critically injured and remains hospitalized.

Surveillance video shows the man and woman riding on Grand Avenue while another man not traveling with them trails behind them.

Levasseur turned herself into police Tuesday afternoon, police said. She has been charged with felony counts of leaving the scene of an accident injury/death and aggravated DUI.
Report a correction or typo
Related topics:
chicagoriver northhit and runbicycle crashchicago police departmentsurveillance video
Copyright © 2020 WLS-TV. All Rights Reserved.
RELATED 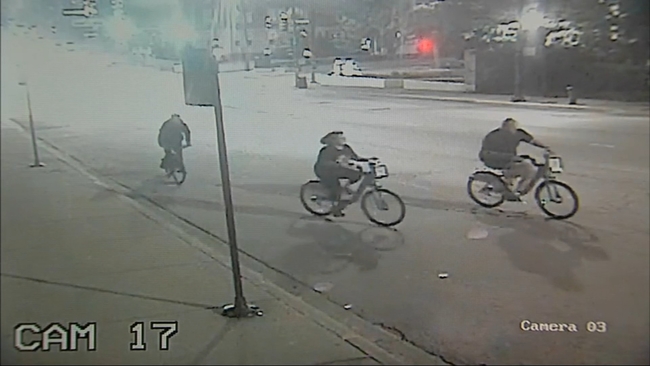