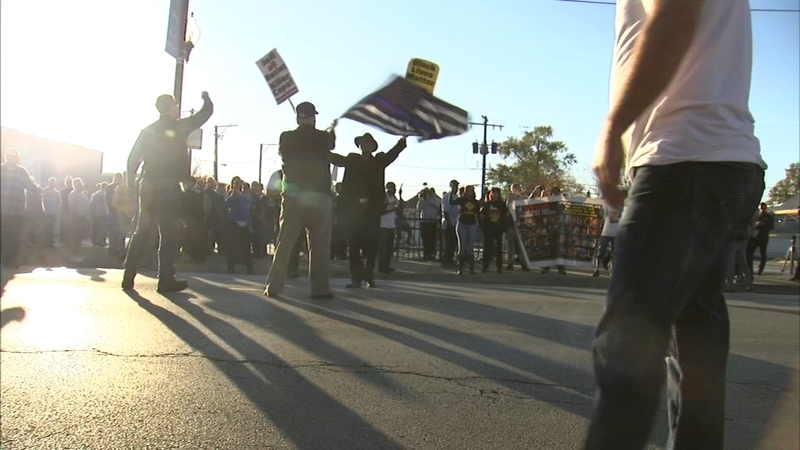 CHICAGO (WLS) -- A public meeting is being held in Beverly Monday night to address concerns about a series of incidents in which white supremacist propaganda was distributed on car windshields and elsewhere on the Southwest Side.

"It angers me," said 19th Ward Alderman Matt O'Shea. "We are a diverse community. We have had an integrated community for 50 to 60 years and we are proud of that."

O'Shea organized a public meeting at St. Barnabas after flyers for white supremacy groups were found in the area in the last month. Monday night's topic is how to combat white supremacy recruiting and hateful ideologies.

One of the speakers is Christian Picciolini, a self-described violent extremist turned peace advocate, and Chicago teacher Nora Flanagan. Flanagan co-authored a toolkit for schools to address white nationalist activity.

Flanagan grew up in Beverly and recalls racially charged times in the 1980s and 1990s. She was a teenager then, and now she hopes to help a new generation.

"I'm really happy they want to have their conversation, I think more communities should," Flanagan said.

The conversation begins at 7 p.m. Ald. O'Shea expects it will be un comfortable for some, but hopes it will lead to more conversation and, ultimately, comfort for all in the community.
Report a correction or typo
Related topics:
societychicagobeverlymt. greenwoodwhite supremacistsracism
Copyright © 2021 WLS-TV. All Rights Reserved.
More Videos
From CNN Newsource affiliates
TOP STORIES