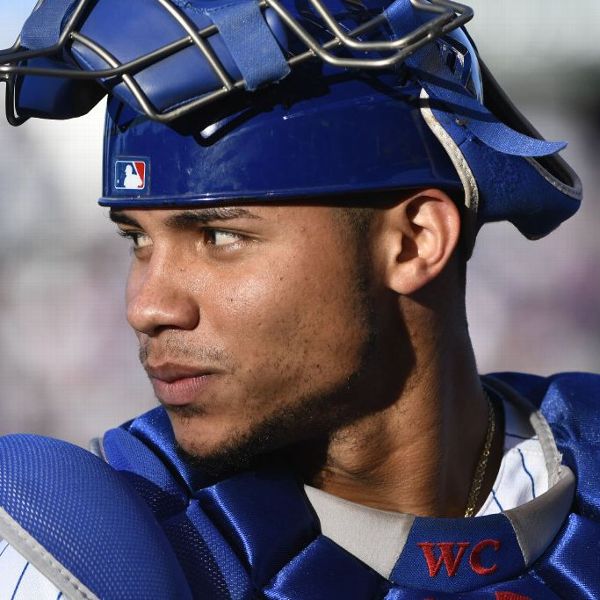 ESPN
By Jesse Rogers
CHICAGO -- Just as the Chicago Cubs add a couple of big names to their lineup, they're missing a few others.

Catcher Willson Contreras was activated from the injured list Tuesday night and homered in the first at-bat of his return to the starting lineup against the Seattle Mariners. He was joined in the lineup by Ben Zobrist, who hadn't played since May 6 as he dealt with marital issues. Zobrist finished the night 1-for-3 with two runs scored, a walk and a strikeout in a 6-1 victory.

"It was great having Zo and obviously Contreras back, too,'' said Kyle Schwarber, who went 3-for-3 with his team-high 33rd homer. "Benny at the top of the lineup, seeing a lot of pitches up there, and Contreras having a lot of good at-bats.''

Slugger Kris Bryant was not in the lineup, however. He's dealing with knee soreness. And shortstop Javier Baez remains out of the lineup after jamming his left thumb on a slide Sunday.

Contreras, 27, has been out a month with a hamstring injury that occurred as he was running to first base in a game against the Milwaukee Brewers on Aug. 3. The fiery catcher led off the second with a shot to left-center for his 20th homer, then threw his bat toward the ground as the crowd roared.

"It was a special moment for me because I know that I got hurt a month ago and battled my way back,'' Contreras said.

He played three games at Triple-A Iowa in a rehab stint, going 1-for-7.

Contreras has had a rebound season, compiling an .890 OPS as a fixture in the middle of the Cubs' lineup.

The Cubs remained three games behind the St. Louis Cardinals in the National League Central after the Cardinals also won Tuesday, shutting out the San Francisco Giants 1-0.