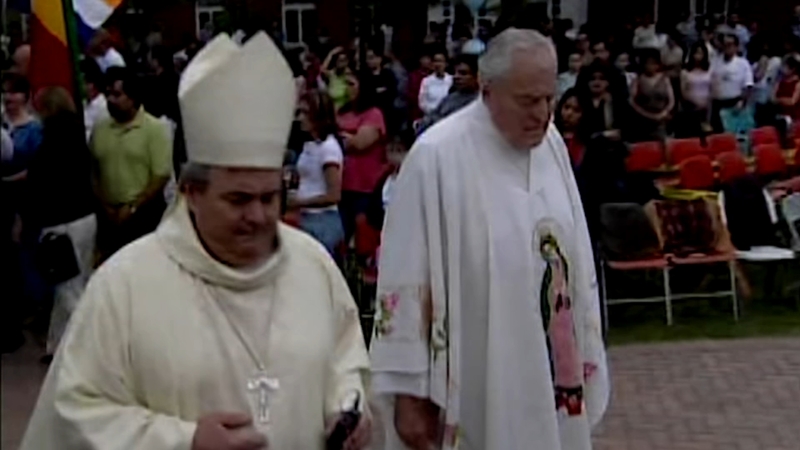 CHICAGO (WLS) -- A new lawsuit has been filed in the Archdiocese of Chicago clergy sexual abuse scandal. The latest allegation points to Maryville Academy's former head and priest, the late Father John Smyth on behalf of a man who said he was abused at the school when he was a boy.

Clarence George was 11-years-old when he arrived on campus at Maryville Academy in Des Plaines back in 2001. He had been a ward of the state since he was five.

"At first it was a very good situation," George said. "I kind of felt that this might actually be a placement that works for a while and to make friends, and actually finish a semester."

Now at the age of 29, George is the first Maryville alum to file a lawsuit against the Archdiocese of Chicago and naming Father John Smyth as his abuser. George is accusing the deceased priest of sexual abuse over the course of four years, which he said stated in 2001 and ended in 2004.

When the alleged abuse started seven months after arriving at Maryville, George said he reported it to a staff member but was ignored.

"I wasn't believed," George said. "It's like I was doing it to gain attention."

Father Smyth passed away in April, just months after being removed from ministry and nearly a year after the Archdiocese of Chicago received two reports of sexual misconduct against him. Those allegations were passed on to DCFS. At the time, the agency only investigated whether there were any children currently at risk and if any of the alleged victims still minors, which there were not.

Smyth died, surrounded in controversy, but also by a strong group of supporters who have refused to believe the accusations against him.

Although this is the first lawsuit to be filed naming Father John Smyth, there are at least another dozen people who have filed complaints with the Archdiocese in this regard.

The attorneys of those complainants said they are attempting to resolve their cases through mediation.

The law firm Jeff Anderson & Associates also announced more than $80 million in settlements have been awarded in the clergy sex abuse scandal involving the Archdiocese of Chicago since 2001. They said they have compiled over 160 survivors over the past two decades who said they were sexually abused by a Chicago Archdiocesan.

The names and faces of 48 known sexual abuse perpetrators who worked for the Archdiocese of Chicago were revealed Tuesday.

A list and photos of the 48 known perpetrators, as well as where the perpetrators worked were made public.