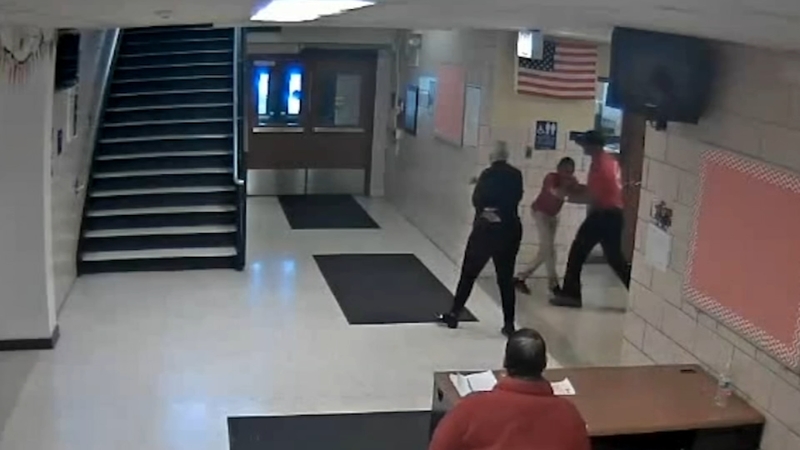 Family files lawsuit against Chicago Board of Education

CHICAGO (WLS) -- The family of a Fiske Elementary School student has filed a lawsuit against the Chicago Board of Education.

The family is claiming their 9-year-old student was treated unfairly by school staff members and bullied by other students at the Chicago South Side school.

Video from a surveillance camera at Fiske Elementary of an incident at the school back in March has prompted a lawsuit.

In the video, it appears to show a security guard pushing a boy toward a door, while the school's principal and another adult look on.

The lawsuit alleges the boy was left out in the cold by himself without a coat for about a half an hour.

The lawsuit filed against the City of Chicago, the Board of Education and three Fiske employees focuses mostly on the March incident, but also alleges the boy experienced harassment and bullying at Fiske until he was transferred to a charter school in April.

"The principal didn't like the fact that his mother and grandparents were doing what they were supposed to do, and that is hold the school accountable," said the family's attorney Dan Herbert.

According to the lawsuit the incident began when the boy and another student got into an argument that turned physical. Both boys were sent to the school counselor but claims the 9-year old was targeted when the security guard was told to drag him outside.

The lawsuit then states a school employee was told to call 911 to say the boy walked out of the school and was missing.

Chicago Public Schools released this statement that read:
"Every CPS student deserves access to a safe and welcoming school environment, and the district takes seriously all allegations of student harm. These allegations are deeply disturbing, and we are fully committed to holding accountable any adult whose actions could have endangered a student."

A CPS spokesperson said district leadership was made aware of the allegations as of Tuesday and that the security guard has been removed from his position. The district is also reviewing the principal's actions related to the incident.