KTRK
By Jessica Willey
HOUSTON, Texas -- Police are cracking down on people who are trying to sell fake tickets to the World Series.

For the second time in two days, Christopher Cross, 18, was arrested Wednesday right before Game 2.

Tuesday, police say he tried to sell three tickets at $400 each to an undercover police officer near Minute Maid Park. Cross was charged with trademark counterfeiting and then released on bond.

Hours before the Astros took the field for Wednesday night's game, there Cross was again. Police say he was arrested with a friend this time, Myree Jaborrie, when they tried to sell four counterfeit tickets, this time at a price of $450 a piece.

PHOTO: THEY LOOK REAL, BUT THEY'RE NOT! 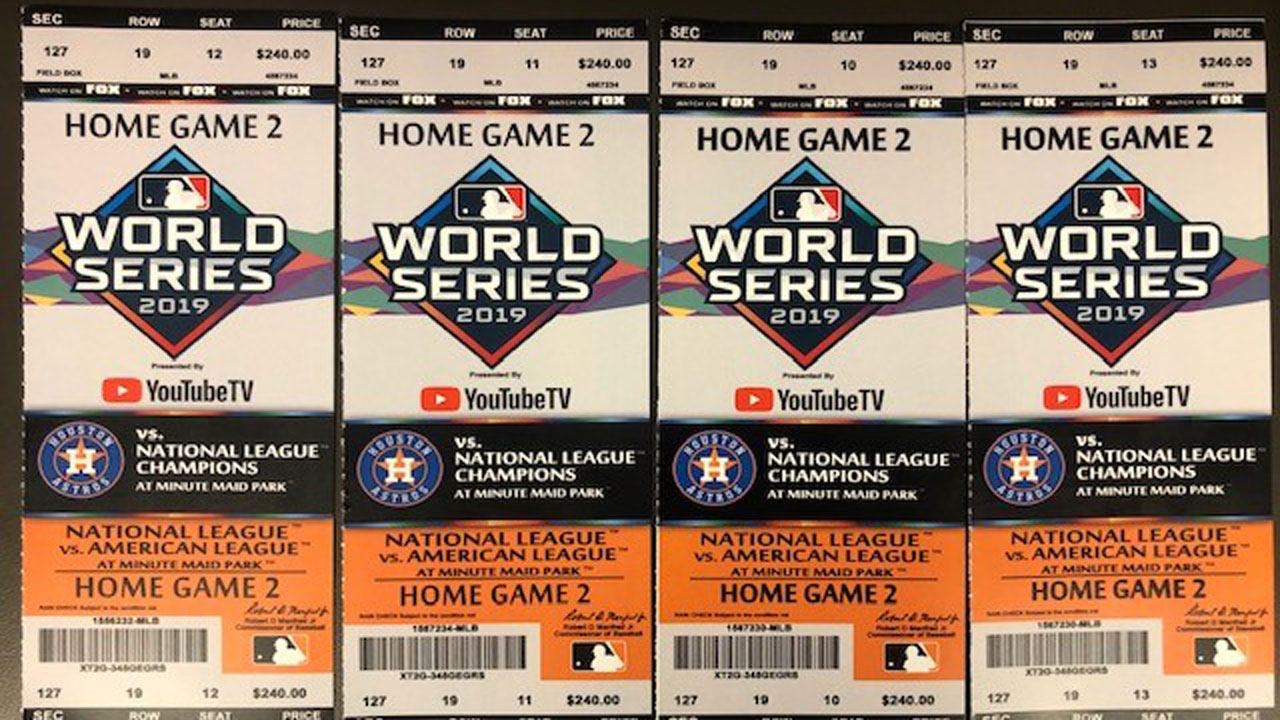 Officers with HPD's Major Offenders Division are blending in with fans to make sure they don't get duped.

Ramsey advises fans to know who they're buying from, always use a credit card and have the seller meet you at the gate to confirm the tickets' authenticity.

"If you have the ticket and the ticket is good and you want to sell the ticket, you'll figure out a way to get your customer in," Ramsey said.

She also suggests having a map of the stadium. Police say the seats Cross was attempting to sell were in section 170. There is no section 170 at Minute Maid Park.

"Whenever there is money to be made, whenever there's a lot of people coming to an event like this, the criminal element is going to rise to the top and figure out a way to make money off of it," said Harris County Precinct 1 Constable, Alan Rosen.
To view Minute Maid Park's seating map, click here.