WLS
By Sarah Schulte
CHICAGO (WLS) -- The state of Illinois is ramping up its campaign to educate people ahead of next year's census count. Officials want people to know the importance of participating by laying out what's at stake for the city's resources and the people who use them.

In 2010, Cook County was the fourth largest county in the U.S. to be under counted. If that happens again, lawmakers and census officials fear billions of dollars of federal funding could be lost.

The U.S. Constitution requires the federal government to tally up all people living here, and every person counts. That includes adults, kids, citizens and non-citizens. But the challenge for a diverse state like Illinois is to make sure everyone participates in the 2020 U.S. Census.

"We truly need a grassroots effort to be the one to deliver the message so people can trust the message," said State of Illinois Census Director Oswaldo Alvarez.

This time around, millions of dollars are being given to non-profits and community organizations to help convince people in their neighborhoods about the importance of participating in the census. In years past it has been hard to count some populations, such as rural communities, seniors, renters, the homeless, people of color, immigrant communities, undocumented individuals and children under 5.

In 2010, more than a million kids nationwide were not counted, including thousands in Illinois.

RELATED: Chicago leaders concerned about minorities being under-counted in 2020 Census

That census data is used to determine federal funding for over 55 social programs, from Medicaid and Head Start. The census also determines congressional seats and money for future projects, like new roads and schools.

The count begins in March and households will have until April 30 to fill out the confidential form online, by mail or phone. If not, officials say you can expect a census worker to come to your door between May and July next year.

"A large piece of the work until March is about marketing, getting people to know about the census, what is the census," Alvarez said.

This is the first census where technology will play a much bigger role. Alvarez said he is working on ways to use smart phones to spread the word about the census. At the same time, lawmakers are concerned the digital divide may result in some populations being under counted. 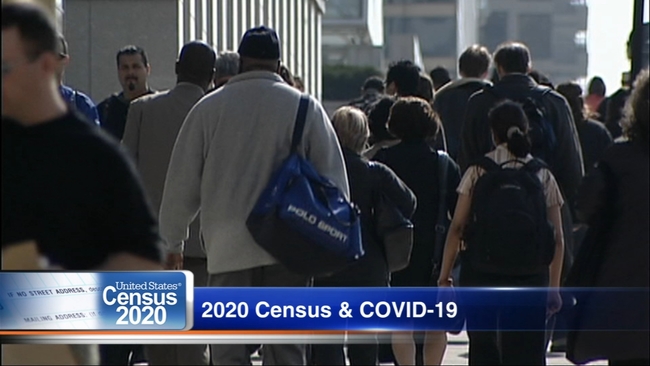 Officials want delay in 2020 census due to coronavirus