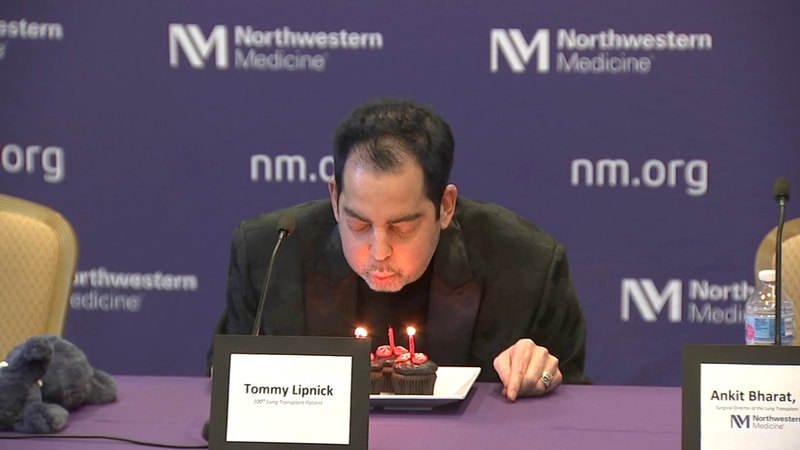 Lipnick celebrated his birthday with the Northwestern Medicine transplant team. He has a rare immune system disorder that affects his lungs.

He was diagnosed with the condition, known as hypersensitivity pneumonitis, eight years ago. He said for years he was able to manage the disease and his symptoms came and went. But in 2019, while on the most recent Smashing Pumpkins reunion tour, his health rapidly declined.