An all-white jury found him guilty of rape in 1976. New evidence might suggest he didn't do it, but courts have kept him behind bars 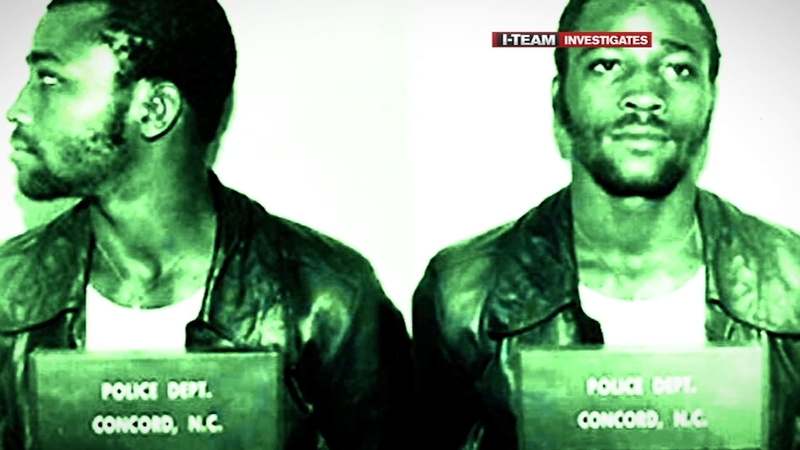 An all-white jury found him guilty of rape in 1976. New evidence might suggest he didn't do it, but courts have kept him behind bars.

CONCORD, N.C. -- Eyewitness testimony put him at the crime scene, but forensic evidence might suggest otherwise.

The jury, though, only knew about what was presented at trial, and that was enough to send Ronnie Long to prison for life.

"The state hasn't proven a crime has occurred," Long's wife, Ashleigh, told our sister station ABC11. "He was convicted based on contaminated eyewitness testimony and cross racial eyewitness identification which is highly unreliable."

Ronnie Long, 64, was first convicted in 1976 of rape and burglary. Prosecutors charged him in a case that gripped much of North Carolina because of the victim: a 54-year-old widow living in Concord.

The all-white jury found him guilty and Long was sentenced to two life terms.

Now, nearly 45 years into those sentences, Long's attorneys are urging courts to overturn his conviction and order a new trial. Their arguments are based on a trove of new physical evidence and indications of investigative and prosecutorial malpractice.

After its latest defeat, the case is now being considered by the full Fourth Circuit United States Court of Appeals.

"We're paying taxes in North Carolina to keep an innocent man in prison while a guilty man has been free to harm more people for 44 years," Ashleigh Long said. "He was a tri-athlete, could've gone pro for baseball. All these opportunities were taken for him and for what? Because he's a black man in North Carolina? People don't want to hear it but it's the truth."

The call came in around 9:30 p.m. reporting a forced entry at the home of 54-year-old Sarah Bost in Concord, a suburb of Charlotte.

According to court documents, "a man entered the home" and "put a knife to her throat." When Bost was unable to give the intruder any money, the man "became angry, cursed her, threw her to the ground, ripped her clothes off, beat her, and raped her."

The man would then escape, leaving Bost unclothed, but she still ran to her neighbor's house and "told her neighbor an African-American man had just raped her."

Concord Police Department led the investigation, which included a full search of the house and, of course, a debrief and interview with Mrs. Bost, who gave a detailed description of what she perceived as her attacker's height, build, facial hair and clothing.

Bost was also examined at the hospital.

The next day, detectives presented Bost with a series of photos of thirteen suspects, but she could not identify any of them as the attacker. The photos did not include a picture of Ronnie Long.

Fearful of a traumatic encounter, Bost agreed to wear a disguise, and on May 10, 1976, Bost pointed to a man who appeared in court, Ronnie W. Long, and told officers "there was no doubt in her mind that this person Ronnie W. Long was the person who entered her house."

Bost's testimony proved crucial to the prosecution's case, especially since Long would fiercely defend himself by establishing an alibi. His attorneys also "pointed to the lack of any physical evidence tying him to the crime scene."

From the stand, Bost pointed at Ronnie Long, and that was the smoking gun as far as the all-white jury was concerned. Court documents also show the conviction being affirmed on direct appeal by the North Carolina Supreme Court.

Bost has since died.

Long's legal team would file several petitions to state and federal court, but none proved effective.

In 2005, nearly 30 years after his trial, he filed one more petition to review biological evidence from the scene and submit to DNA testing.

In a major win for Long, the judge in that case ordered both prosecutors and investigators to take a deep dive into the archives and locate and preserve all the evidence.

Strikingly, none of that evidence was ever shared with the defense during the discovery phase of Long's 1976 trial.

The hospital that treated the victim, meanwhile, prepared several records showing the biological evidence collected, including a rape kit.

That was also never disclosed, and the rape kit has never been found.

According to court documents, "testing excluded Long as the source of those prints."

The startling discoveries indeed led to new hearings, and Long would also soon have a new defense team as well from Duke University's Wrongful Convictions Clinic.

Despite the startling revelations, Long has not found any relief thus far; the district court, and then most recently, a three judge panel from the Fourth Circuit U.S. Court of Appeals, all rejected his quest for a new trial.

In a 2-1 decision released in January, Judge Julius N. Richardson writes for the majority:

"Evidence is material if it creates a 'reasonable probability of a different result,' thus 'undermining confidence in the outcome of the trial'" Richardson, a President Trump appointee, writes citing court precedent. "Any newly disclosed evidence falls short... Bost gave detailed descriptions of the attacker and his clothing as soon as Concord officers responded to the scene. She confidently chose Long out of a crowd and photo arrays, telling officers, 'there is no doubt in my mind that (Long) is the man that raped me.'"

In other words, Ronnie Long would've been convicted anyway.

"It is not enough for the withheld evidence to create the possibility of a different verdict; a different result must be reasonably probable."

Still, in what amounted perhaps to a small victory for Long, one judge, Stephanie D. Thacker, penned a strong dissent, thus opening an appeal to the entire Fourth Circuit.

Thacker, appointed to the court by President Barack Obama, pans the process, saying: "The suppressed evidence here not only undermine's the state's investigation of the crime, but also provides invaluable fodder for impeachment of the state's witnesses."

Those witnesses, according to Thacker, include the detectives and investigators working the case.

"Indeed, the state's conduct in suppressing the forensic test results likely caused the victim's identification to carry more weight with the jury than it deserved, since there was zero forensic evidence to contradict it," the judge writes. "Finality should not carry the day in this case."

The U.S. Court of Appeals for the Fourth Circuit might be the last stand for Long; first, the court will have to decide whether to hear the case in the first place.

"There was a jury that convicted him, his conviction has been upheld a number of times," Stein told ABC11. "The panel that just heard the case upheld the conviction. The case is right now is before the full 4th circuit and we'll see what they do."

Stein, a Democrat, is under fire from Long's supporters and progressives. Stein would not discuss with us specifics of the case or the extent of his involvement.

"That is exactly what our job is - to uphold convictions, and all the time, defendants will say there was a problem with the trial," Stein said. "And that's ultimately what the courts determine. Was there a problem and should there be a new trial? That is exactly what is before the 4th circuit.

If the Fourth Circuit rejects the case, Long could potentially go one step higher to the U.S. Supreme Court. The nation's highest court, however, only agrees to hear about 100-150 of more than 7,000 cases sent its way every year.

Ashleigh Long married Ronnie in 2014 and continues to keep the faith as she dreams of a future together in freedom.