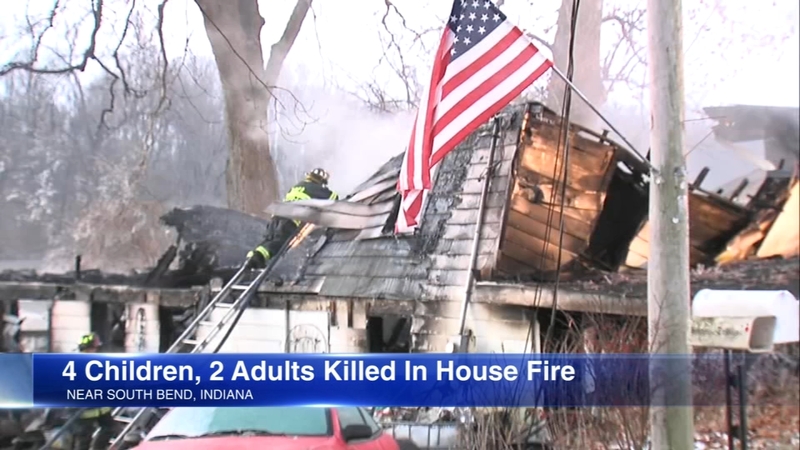 LOGANSPORT, Ind. (WLS) -- Authorities have identified six people, including four children, who were killed in a house fire in Logansport, Indiana Wednesday.

Authorities responded to the fire at 4317 Pottawatomie Point Road and encountered a two-story house fully engulfed in flames. The intense fire prevented authorities from entering the home.

Inside the house, a man and woman and four children, ranging in age from 10 years old to 3 months old, were found dead.

Kadee Huddleston is the daughter of Joseph Huddleston and Brandi Vail is the mother of the other three children.

Joseph Huddleston's wife and son escaped from the fire.

The cause of the fire is under investigation and authorities say at this time, there is no evidence that the fire was intentionally set.
Report a correction or typo
Related topics:
indianafatal firehouse firechild killedu.s. & world
Copyright © 2021 WLS-TV. All Rights Reserved.
More Videos
From CNN Newsource affiliates
TOP STORIES