Coronavirus update: Illinois reports 1st death of infant with COVID-19 in US; Chicago considered among next hot spots 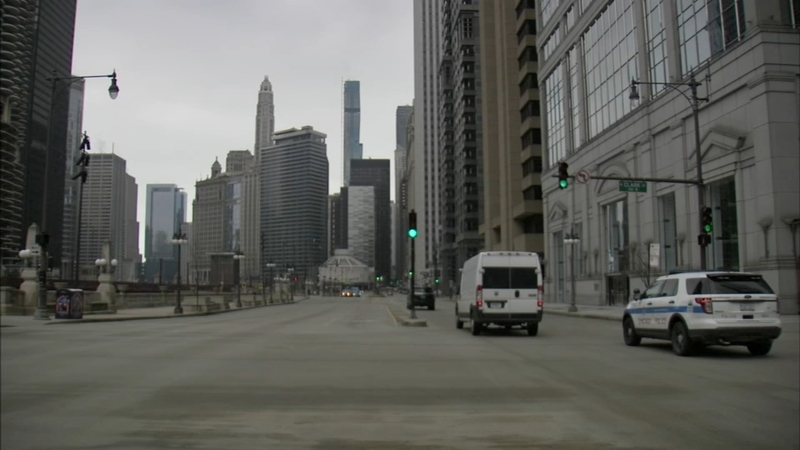 Coronavirus update: Illinois reports 1st death of infant with COVID-19 in US; Chicago considered among next hot spots

The Illinois Department of Public Health said it's the first coronavirus-related death of a child under one year of age in the United States.

"There has never before been a death associated with COVID-19 in an infant," IDPH Director Dr. Ngozi Ezike. "A full investigation is underway to determine the cause of death. We must do everything we can to prevent the spread of this deadly virus. If not to protect ourselves, but to protect those around us."

Newborns and babies so far have seemed largely unaffected by the virus, which is most lethal in the elderly and those with pre-existing conditions.

It's been a week since a "stay-at-home" order took effect in the state. While most people are now staying indoors, the total number of infections continues to grow, standing at just under 3,500 confirmed cases.

Gov. JB Pritzker announced the infant's death as well as the death of a state employee who was diagnosed with COVID-19 Saturday. The employee works within the Department of Human Services, Pritzker said.

Illinois Gov. JB Pritzker announced Saturday that an infant who tested positive for coronavirus has died.

The virus has spread to 43 Illinois counties, with Carroll, Fayette, and Macon counties now reporting cases.

"I want everyone to take this serious," Dr. Ezike said. "Maybe this is your wake-up call."

Illinois victims of the virus include a 61-year-old Chicago man, who was one of the three latest deaths in Cook County.

Sherman Pittman is described by his pastor as a vital member of the Rose of Light church in Englewood.

Illinois victims of coronavirus include a 61-year-old Chicago man, who was one of the three latest deaths in Cook County.

Grocery stores are still considered a hot spot for infection. In an effort to reduce that risk, Gov. Pritzker announced new guidelines Saturday that are intended to keep both shoppers and grocery store employees safe.

The governor encouraged signage at entrances ordering customers to follow the 6-feet separation rule, as well as floor markers to socially distance at cashiers.

With a nationwide shortage making it difficult to secure the quantities needed, officials are hoping for the best and preparing for the worst. 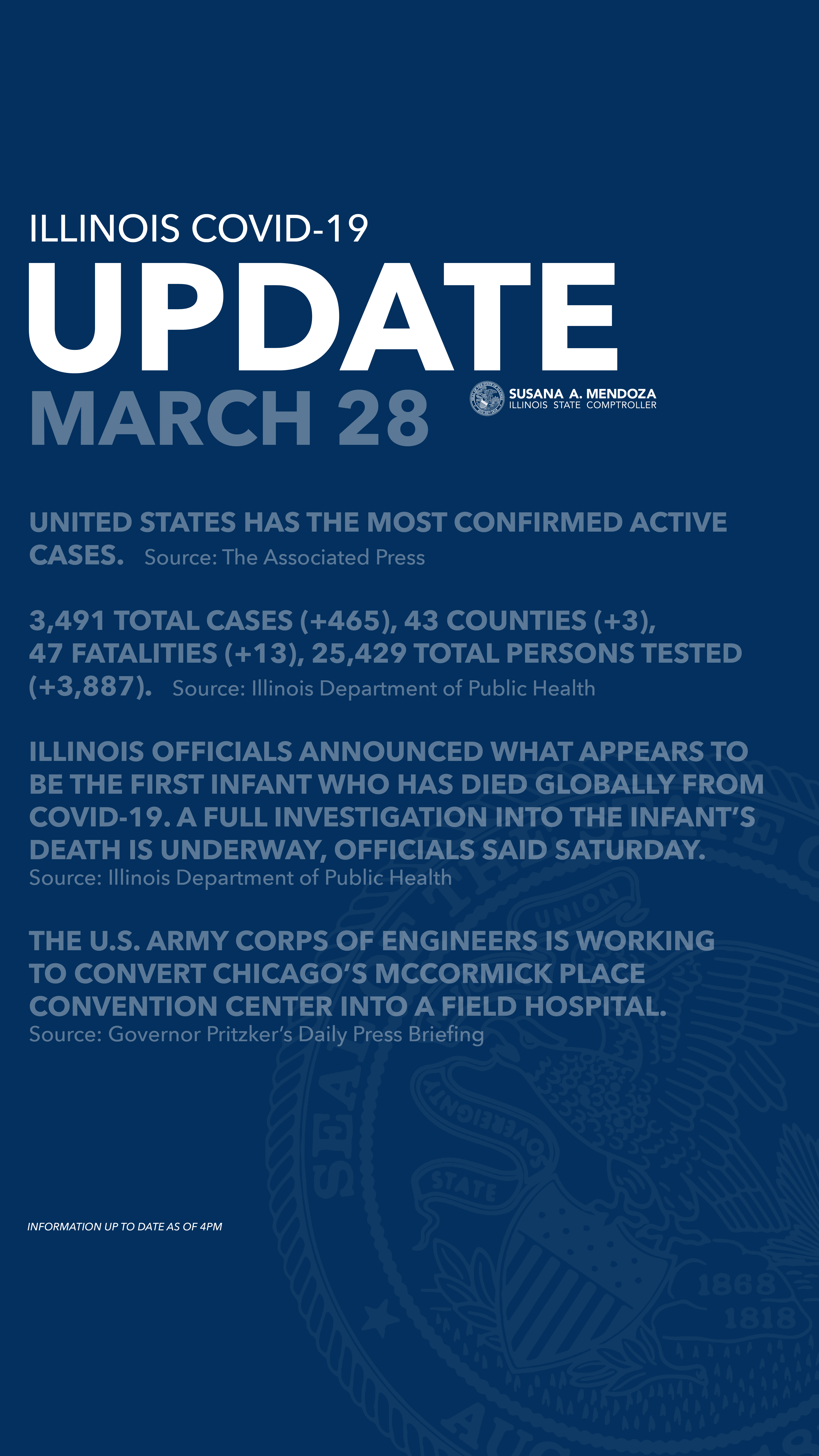 Gov. Pritzker confirmed Saturday that the state is working with federal resources on a $75 million project to treat COVID-19 patients are McCormick Place.

"This is a war. It's a war against a pandemic," Governor Pritzker said Friday. "The federal government needs to lead, and until it does, we'll be a leader here in Illinois."

Plans are moving forward to turn Chicago's McCormick Place into a makeshift hospital for COVID-19 patients. The measures come as the federal government considers Chicago as one of the new hot spots for infections.

The City of Chicago released a statement that read:

"I did not think that we could meet the COVID standard in a massive, big building but my engineers are telling me 'I think we got the capability to do that,'" said Lt. Gen. Todd Semonite, who leads the corps, at a Pentagon briefing.

The McCormick Place Convention Center is part of a Mission Assignment from FEMA to the USACE to plan, design and convert portions of the Center to an alternate care facility. The overall total for the mission assignment is $75M, which will include other facilities at the direction of the state.

Hall C will become two FEMA field hospitals, according to Semonite, with space for 250 patients each (a total of 500 patients) who have "low acute" illness-in other words, people who aren't that sick.

Hall A will treat 1,800 people; Semonite said that space is "going to be a little higher on the complexity of their injuries."

"Hall B is the hardest one," according to the Army Corps of Engineers' chief, because that space will be entirely "self-contained units."

"In Hall C and A we're bringing the pressure down in the entire convention center," explained Semonite, adding, that "keeps all the containment in."

Hall B will need individual spaces and right now the Army is determining if those should be isolated containers or tents.

Semonite said his team is planning for possible contracts now. He said this could all be built and ready by April 24.

The Javits Center emergency hospital in New York City, conversely, was completed in just days. But that space is designed to treat non-coronavirus patients. The McCormick Place's set-up, the Army said, will be "all COVID."

The state is also calling on existing hospitals to expand. Rush University Medical Center has already turned a lobby space into an area for treatment.
"We have expanded our emergency department," said Dr. Omar Lateef, Rush Medical Center CEO. "We have transformed entire units into COVID hospitals with many units that are designed to take care of patients."

Another effort state officials are looking into is using hotels as quarantine centers, something Mayor Lori Lightfoot announced Chicago will be doing in her Monday press conference.


The governor again called on medical professionals and urged them to go to https://illinoishelps.net/ to volunteer for a statewide rapid-response team.

"We might say, 'Hey everybody, we need a hundred or fifty of these kinds of professionals, please let us know if you're available this afternoon, this evening to come to this location to help us out,'" Prizker announced.

The state also announced financial help for those who rely on SNAP and other food programs, as well as for organizations that help the homeless.
Officials are also working on helping emergency day care providers caring for children of essential workers.

"Without this assistance, many centers that may be closed now temporarily could end up being permanent," said Steven Coles with Li'l Scholars Learning Center.

President Trump ordered General Motors to produce more ventilators under the Defense Production Act, after criticizing the company for not acting quickly enough.

The order comes hours after GM announced it would build the critical-care ventilators at one of the automakers component plants in Indiana.