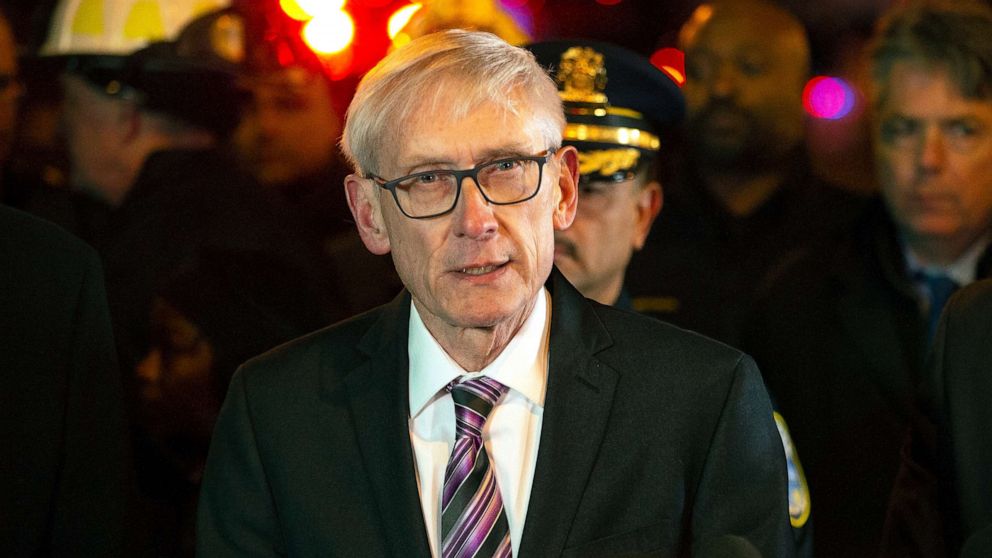 As the novel coronavirus shutters nearly every aspect of American society, 10 mayors in Wisconsin are pushing for the pandemic to shut down one more: in-person voting.

A new letter, signed by the mayors who represent some of the state's largest cities including Milwaukee and Madison, urges Wisconsin's top health official to invoke emergency powers to stop in-person voting for Tuesday's election, which includes the presidential primary and general elections for state Supreme Court and a slew of local races.

"We implore you to implement all emergency measures necessary to control the spread of COVID-19, a communicable disease," the letter sent to Wisconsin Department of Human Services Secretary-Designee Andrea Palm reads. "Specifically, we need you to step up and stop the State of Wisconsin from putting hundreds of thousands of citizens at risk by requiring them to vote at the polls while this ugly pandemic spreads."

"We believe it would be irresponsible and contrary to public health to conduct in-person voting throughout the state at the very time this disease is spreading rapidly," the mayors wrote.

Tune into ABC at 1 p.m. ET and ABC News Live at 4 p.m. ET every weekday for special coverage of the novel coronavirus with the full ABC News team, including the latest news, context and analysis.

While the letter, which comes as bipartisan negotiations over the best path forward for the election have stalled, applauds Democratic Gov. Tony Evers for his "leadership" in declaring a state of emergency, the local leaders scold the GOP-controlled legislature for their "inexcusable refusal to act."

"You and your department now are the sole parties in the position to prevent hundreds of thousands of voters and poll workers from potentially being exposed needlessly to this worldwide pandemic," the mayors wrote in a last-resort effort.

They are asking the state Department of Health Services to take a similar step to the one Ohio Gov. Mike DeWine, a Republican, used last month to postpone the state's primary and scrap in-person voting less than 12 hours before polls opened.

While Wisconsin appears determined to go it alone by moving forward with an in-person election, several other states postponed their primaries and adjusted voting mechanisms to make the process safer amid the threat of COVID-19 in the last week. The decision to forge on as planned in Wisconsin has carved a sharp divide between Democrats and Republicans in the state.

On Friday, in an 11th-hour maneuver by Evers, he issued an executive order calling on the state legislature to take up some short-term changes for the election in a special session. Among the changes, Evers sought to shift to an all-mail election -- canceling in-person voting, mailing every voter a ballot and delaying the election until late May -- in a reversal for the governor, who for weeks sought to keep the election on track as planned.

But on Saturday, the legislature gaveled in for the special session and took no action -- with ABC News' Madison affiliate describing the state capitol as a "ghost town" after hardly any lawmakers showed up -- in a slight to Evers. But the legislature only adjourned until Monday, leaving open the possibility for action on the eve of the election.

For weeks, mayors, Democrats and local election officials across the state -- and even the state's chief election official -- implored top leaders to make significant changes for the contest, as communities faced the stark reality of critical poll worker shortages -- falling short by up to 7,000 workers, as nearly 60% of Wisconsin municipalities reported a shortage of election volunteers.

"It's just distressing that Wisconsin did not learn from the Ohio experience, and that there is this 11th-hour scramble to try to address an issue that I think many of us have been trying to press for months now, as we watch the COVID-19 pandemic escalate in the country and in Wisconsin and in the city of Milwaukee," Neil Albrecht, the executive director for the city of Milwaukee Election Commission, told ABC News.

Some elections officials believe the state is headed for chaos on Tuesday.

"We are in a car going very fast, and we're approaching the edge of the Grand Canyon," Mark Thomsen, a Democrat on the Wisconsin Elections Commission told ABC News. "They have the complete ability to have us land safely, or leave us in this chaos. This isn't a partisan question. This is about whether you believe in democracy or not."

The shortages, have in turn, led to the consolidation of polling places, making social distancing all the more difficult to enforce. In Milwaukee, the state's largest city, there will only be five polling locations, a fraction of the 180 that are historically operating on election day, with local election officials saying turnout could be as high as four to 5,000 voters in each of the five sites on Tuesday.

Evers has repeatedly said he cannot changes the rules "on my own," saying that his "hands are tied" without the support from the state Senate and Assembly.

After Saturday's affront by Republicans, Evers said in a statement, they were "playing politics with public safety and ignoring the urgency of this public health crisis. It's wrong. No one should have to choose between their health and their right to vote."

While Republicans appear unwavering in their resistance to making any changes to the upcoming primary this late in the game, the mayors turned to the extraordinary step of bypassing legislative leaders in order to try to close the polls.

The state is currently contending with over 2,100 confirmed cases of COVID-19, and dozens of deaths from the outbreak.

The mayors acknowledged the the election has "already begun" but are pushing this course of action because "the real issue now is how we conclude."

"The lives of our constituents depend on it," the letter ended.

What to know about coronavirus: