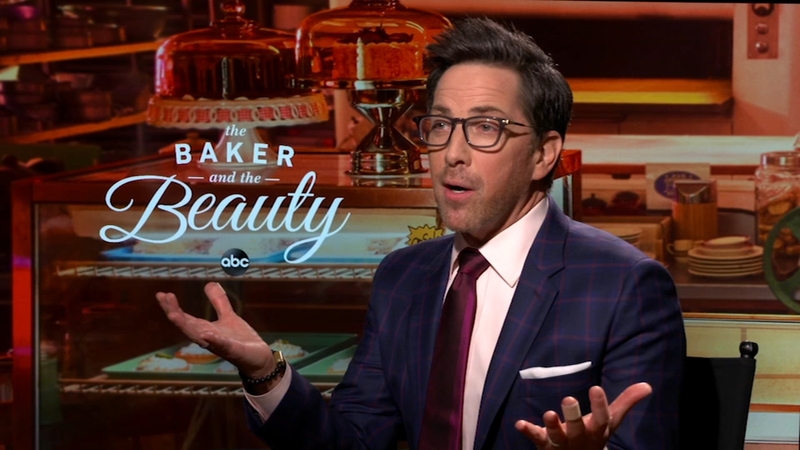 Dan Bucatinsky on 'The Beauty and the Baker'

CHICAGO (WLS) -- Dan Bucatinsky may be best known for his role on "Scandal," but he's all for taking in the laughs on "The Beauty and the Baker," a new series that just debuted on ABC.

"He meets a character, Noa Hamilton, who for all intents and purposes could be J. Lo, Gwyneth, a huge superstar and therein begins a very unlikely romance," Bucatinsky explained.

The show is about what happens when family meets fame

"Lewis has known Noa since she was a little girl," Bucatinsky said of his character, "and there is an aspect of Lewis that is not just family, but also tenaciously protective of everything that Noa is."

The story is set in Miami, which is played by Puerto Rico, where the show is being shot.

"We, as a mostly Latin cast and all of us Spanish-speaking, are really enjoying being in San Juan and working with a Puerto Rican crew that is amazing, and feeling the warmth of the people that really helps flavor the way we're making the show," he said.

The actor played reporter James Novak, married to political scoundrel Cyrus Beane, on "Scandal" and won an Emmy for the role.

"It was a really life changing experience, but more than anything I loved being able to play someone as close to who I am, although my husband's never tried to kill me... that I know of," Bucatinsky said of his time on that show.

"I loved being with a cast that to this day remains incredibly close with me," he added. "I feel that way about the 'Baker and the Beauty' cast as well."
Report a correction or typo
Related topics:
arts & entertainmenttelevisionactorabc
Copyright © 2021 WLS-TV. All Rights Reserved.
More Videos
From CNN Newsource affiliates
TOP STORIES