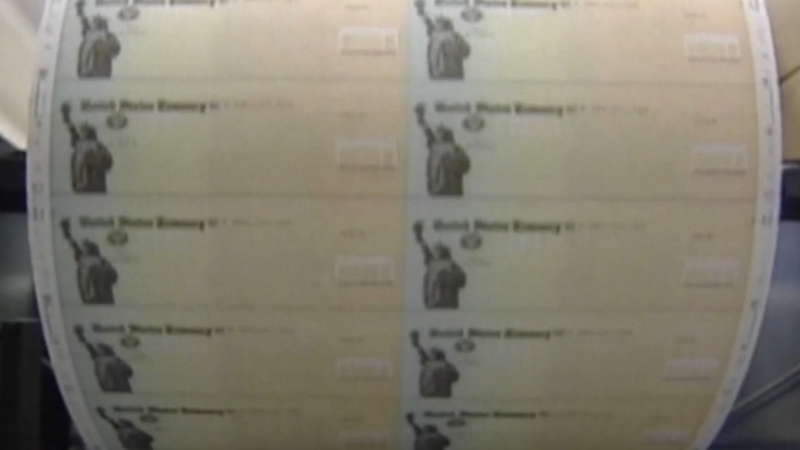 After direct deposit mix-ups, some stimulus checks now in the mail

CHICAGO (WLS) -- Potential good news for some people waiting for stimulus money: some checks could be on the way after a major bank mix-up that affected hundreds of people.

Dozens of people called the ABC7 I-Team, saying their checks were sent to the wrong banks. Now it looks like a solution is in the mail.

When Latissha Macon checked the payment status of her stimulus check on the IRS website two weeks ago, the alert said it was deposited into a different bank account.

Macon's tax preparer told the I-Team this same thing happened to at least 300 of her clients. It also happened to tax accountant Connell Jones' 300-plus clients.

"I had to explain to them that it wasn't my personal account, it was a third-party account, and based on their bank application, it will be routed back to the IRS and sent back to them," Jones said.

Jones said the mix-up occurred with clients who did not pay for their tax preparation upfront, so their stimulus money went to third party bank which had provided the advance on the tax preparer payment. It also occurred if people took a cash advance on their tax return.
"And I was up all night last night, checking everybody's statuses, and everybody's statuses now, about 95% of the people are now up to date. So now they can expect a check via mail being mailed," said Jones.

He said the account status message his clients are getting on the IRS website says the checks were mailed.

"Now it seems that the Internal Revenue Service have fixed the problem, they have received the files back from the third-party bank and they have rerouted the money to clients via a paper check", Jones said.