AURORA, Ill. (WLS) -- Oswego woman has been charged after police said she spat in a nurse's face at a hospital in Aurora while claiming to have COVID-19.

Cynthia Meyers, 33, had checked herself into Mercy Hospital after she had trouble breathing, police said.

The woman was receiving treatment, but then decided she wanted to leave. Meyers was asked to sign discharge paperwork but police said she refused and then lunged toward the nurse and spat in her face.

Police responded just after midnight on Monday to arrest the woman. Meyers has been charged with one count of aggravated battery to a nurse.
Report a correction or typo
Related topics:
auroraoswegocoronaviruscoronavirus illinoiscoronavirus pandemicnursescovid 19 pandemicbatterycovid 19
Copyright © 2020 WLS-TV. All Rights Reserved.
CORONAVIRUS ILLINOIS 4 Midwest universities ready for students' return to campus this fall 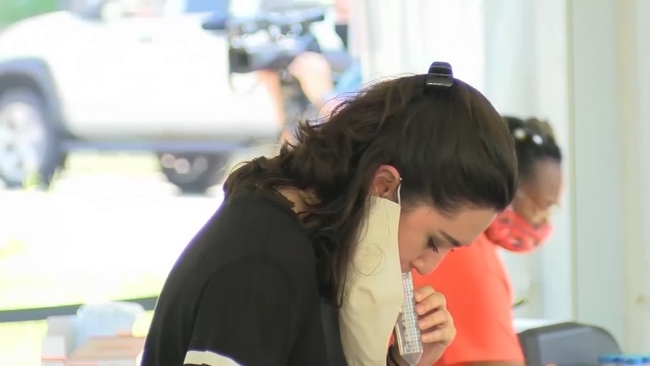