"He kept moving, working and making us happy until the very end," his daughter said.
KABC
LOS ANGELES -- Fred Willard, the beloved comedic actor best known for his roles in such films as "Best in Show," "Anchorman" and "This is Spinal Tap," died in his sleep Friday evening at his home in Encino, his daughter confirmed to KABC. He was 86.

Willard, a sketch-comedy master whose career in show business spanned more than 50 years, also appeared in such TV series as "Fernwood 2 Night" and "Modern Family."

"He kept moving, working and making us happy until the very end," his daughter Hope Mulbarger said. "We loved him so very much. We will miss him forever."

Actor Fred Willard's long list of credits include the dog-themed comedy "Best In Show," but now he's turning his attention to felines.

"How lucky that we all got to enjoy Fred Willard's gifts," Jamie Lee Curtis said on Twitter. "He is with his missed Mary now. Thanks for the deep belly laughs Mr. Willard."

Former co-star Michael McKean said he was "at a loss for words, a state Fred Willard never found himself in."

"My friend for 40+ years, a great comic actor who had no competition because there was only one of him," McKean tweeted. "We were all so lucky. Goodbye, Fred."

Willard was also part of the cast of the new comedy series "Space Force," starring Steve Carell, which is set to premiere on Netflix on May 29. 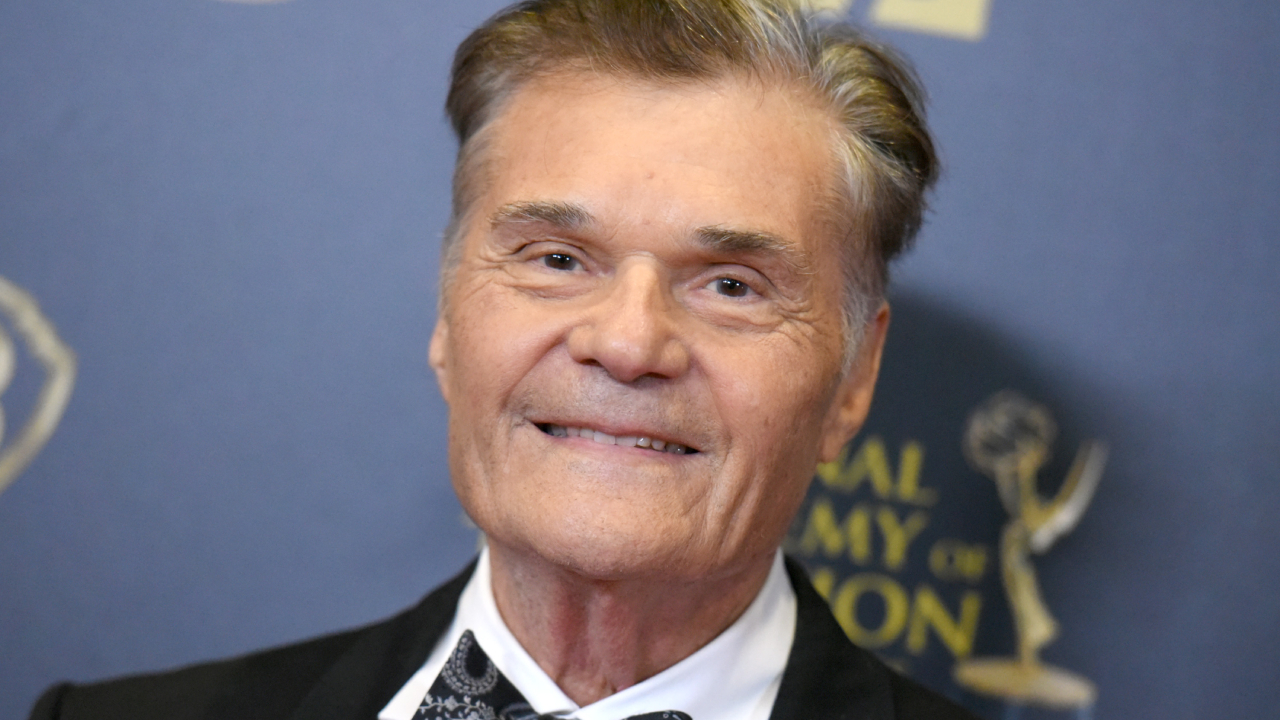 Fred Willard poses in the pressroom at the 42nd annual Daytime Emmy Awards at Warner Bros. Studios on Sunday, April 26, 2015, in Burbank.