Help pours in from across US for struggling dad to get groceries, car 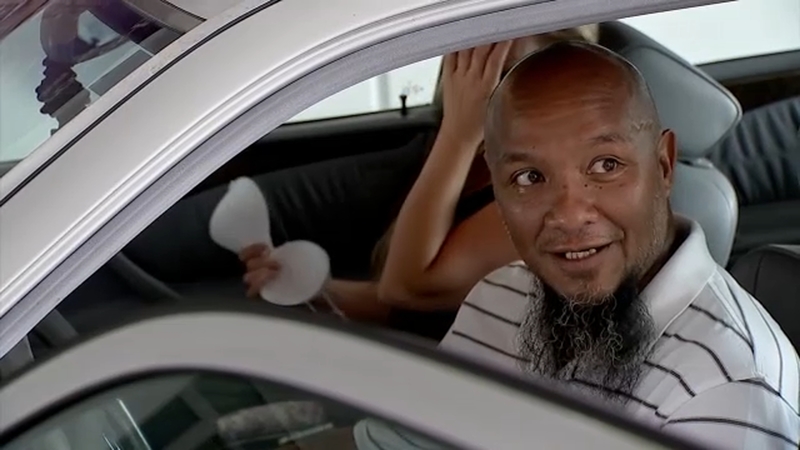 HARRIS COUNTY, Texas -- When Gilbert Wallace was laid off from his job at a construction company earlier this year, he struggled to find odd jobs and enough money to feed him and his children.

He also didn't have a way to get to the store and getting rides from friends and family became harder and harder at the height of social distancing in mid-April.

Our sister station KTRK introduced viewers to Wallace in April, when he was experiencing living in a northeast Harris County food desert, a low-income area where the nearest grocery store in an urban area is more than a mile away.

RELATED: ABC13 investigates why some have a tougher time getting food

Viewers were moved by his story and soon help started pouring in from around the country, from Washington and Wisconsin to New York and New Jersey.

"I'll be honest with you, it was all unexpected. It really was. All of it. Every bit of it surprised us. It hit right here at home," Wallace told Oberg on Friday, as he put his hand on his heart.

After seeing Wallace's story, Ivan Krunic, General Manager at Mercedes-Benz Houston North, said he wanted to help the father get his stalled 18-year-old car back up and running.

"We were touched by it," Krunic said. "Let's help our fellow Houstonian. Let's make sure that we can, as an essential business, assist everybody that needs to go back to work to provide."

On Friday, the dealership gave Wallace back the keys to his car, which had new tires for safety and other fixes to get it back up and running. Now, Wallace says he'll be able to get to work and the grocery store when he needs to.

"It's going to mean a lot," Wallace said. "It's actually going to get me there, back and forth."

After his story aired, Wallace said so many people reached to help, and although he tried to turn some of them away, others just wouldn't take no for an answer. He started paying it forward and sharing with others in his community who he saw in need.

"It got to the point where I was like, 'Thank you, but we've got enough,'" Wallace said. "It's a blessing and it's a God send. There's no words I can say for how grateful I am to you. I'm very, very grateful."
Related topics:
societytexassocietyfoodcommunity strongcarturn to tedgood samaritanu.s. & worldcommunitypay it forwardgrocery store
Copyright © 2021 KTRK-TV. All Rights Reserved.
COMMUNITY
Long Island deli is changing lives one brown bag at a time
'Like a catastrophe': 1 Philly neighborhood has a real rat problem
Woodlawn block club mobilizes to fight crime after recent shooting
Mental health resources in Illinois and the Chicago area
TOP STORIES
Chicago win first WNBA title with 80-74 win over Phoenix
Missing 3-year-old might be with person of interest in WI homicide
CPD elective time 'restricted' for foreseeable future: internal memo
Illinois urges residents to join worldwide earthquake drill
When will mask mandate end? Chicago's top doctor weighs in
WI meat market offers candy corn brats just in time for Halloween
Here are the systems in place to prevent mix-ups of vaccine shots
Show More
Tribute to 1st person cured of HIV unveiled
Heaviest pumpkin in US disqualified for crack
Repeal of Illinois abortion notification buoyed by Texas law
'Dysfunctional': Chicago's postal delivery under fire at hearing
At least 18 shot, 2 fatally, in Chicago weekend violence: CPD
More TOP STORIES News