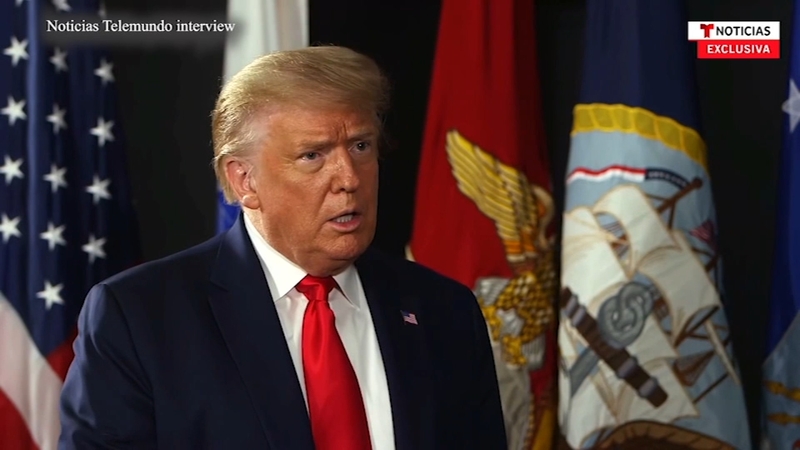 President Donald Trump spoke out about the horrific killing of Houstonian Vanessa Guillen at Fort Hood.

Trump made the remarks during a Noticias Telemundo interview Friday. He said he heard about her case on the news.

His remarks come as thousands of service members and veterans signed a letter demanding reforms over the military's handling of sexual harassment claims including the immediate relief and replacement of Guillen's chain of command, and zero enlistments of young Americans until demands are met.

Stephanie Gattas is with the non-profit organization The Pink Berets. She said change is coming, Guillen's case is the catalyst.

"The manner in which Vanessa Guillen was murdered was traumatic. I think that's what really sent some women over the edge. This is enough. Not one more," said Gattas. "This is going to be a pivotal time in history because there will be change. I know we will not stop at anything until those demands are met and until change is made."