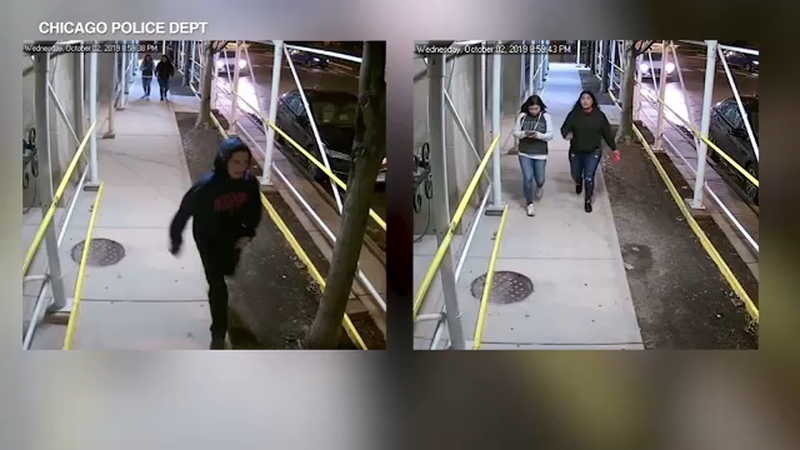 Police seek suspects in Near South Side hit-and-run

CHICAGO (WLS) -- Chicago police are asking for the public's help in tracking down two people wanted in connection to a hit-and-run last year on the city's Near South Side.

The incident happened just before 9 p.m. on October 2, 2019, but police just released new images of the people they believe are involved.

Police say a black 1996 Chevy Suburban drove onto the sidewalk in the 2200 block of King Drive, striking Pamela Bowker.

Bowker was seriously injured in the incident, according to officials.

Police say the suspects ditched the vehicle and ran away.

Anyone with information is asked to call the police Major Accident Investigation Unit at 312-745-4521 or remain anonymous at cpdtip.com.