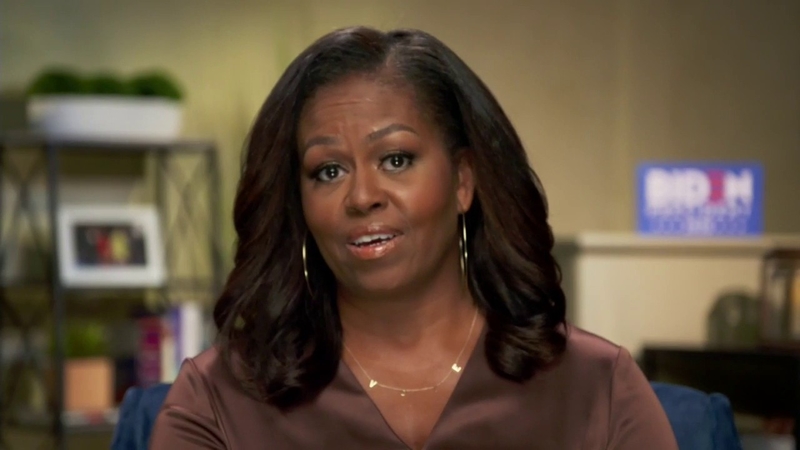 The mostly virtual, four-day event got underway Monday night with appearances from Bernie Sanders, former First Lady Michelle Obama and even Chicago Mayor Lori Lightfoot. Their goal is to unite Democrats and appeal to voters across the country with the ultimate goal of sending Joe Biden and Kamala Harris to the White House in November.

The stretch run to the November election played out in a highly-produced event on big screens and little ones across the country, though there were no balloons and grand stages due to the coronavirus pandemic.

"Our convention looks a little different that we might have expected, but boy are the stakes as high as ever," said U.S. Rep. Jesus "Chuy" Garcia, D-Chicago.

For Illinois Democrats, the virtual "convention from home" replaced the usual breakfast gatherings where delegates rubbed elbows in packed ballrooms and listened to speeches in person. Instead, they Zoomed before the start of the DNC emphasizing the importance of Union support.

"The election needs to be about reclaiming the American worker for the Democratic Party all across this great country," said Bob Reiter, president of the Chicago Federation of Labor.

The theme of the main event, "We the People," looked at three major themes: the pandemic, the economic downturn and ongoing racial injustice. George Floyd's family also led a moment of silence.

Chicago Mayor Lori Lightfoot joined a recorded round table discussion with Joe Biden talking about the long road ahead.

"It really is about economic empowerment because if people are lifted out of poverty and they are given an opportunity to feel a stake in their own future, that goes a long way," Lightfoot said.

"He was a terrific vice president," Obama said. "He knows what it takes to rescue an economy, beat back a pandemic and lead our country. And he listens."

And one of Biden's biggest rivals during the campaign, Senator Bernie Sanders, called people to come together and support Biden, saying the future of the planet is at stake.

With everything being conducted virtually this time around, issues will take on an even greater sense of importance.
Funding for the post office is just the latest battleground. Democrats are pushing for more money with the COVID-19 pandemic driving more people towards vote by mail.

President Trump is looking to block funds while raising concerns about possible voter fraud. Democrats, including Chicago Mayor Lori Lightfoot, are firing back.

Democrats are rallying behind Biden and Harris as they kick off their virtual convention, and now they have a new rallying cry: Fund the post office.

It comes as President Trump is opposing additional funding for the post office at a time when Democrats are pushing for more mail-in voting during the ongoing coronavirus pandemic.

"Donald Trump has made it clear he's willing to play political games with the post office, and it gives him an advantage in the next election," said Sen. Dick Durbin, D-Illinois. "America's message to Donald Trump is very simple: Keep your hands out of our mailboxes."

Illinois Democrats are rallying behind Joe Biden and Kamala Harris as they kick off their virtual convention.

The Illinois Democratic Party hosted their own convention-from-home activities Monday night before the national convention kicked off.

"We're really excited to be starting off our week of convention activities for the Illinois delegation, talking about the Democratic Party's commitment to protecting and lifting up the American worker," said Mary Morrissey, ex-director of the Illinois Democratic Party.

"And so what we need to accomplish is giving people that opportunity to participate, get them excited about our ticket about our platform, and give them an opportunity after the convention to go out and help get democrats across this country and in this state elected," said State Rep. Emanuel "Chris" Welch, D-Hillside.
An ABC News Washington Post Poll now shows Biden opening up a 12-point lead over President Trump, but Democrats and union leaders are warning against complacency.

"Listen, until the last vote is counted we have to work our tails off and win this election," said Ed Smith, president of Ullico. "It's vital if we're going to have a strong union movement and the Democrat Party is the key to that, we got work to do, was roll up our sleeves and go to work and and elect this ticket."

For Democrats, there is a big push for unity. While the Illinois Party theme is "Lifting up the American Worker," the Democratic National convention theme is "We the People."

"We need a leader like Joe Biden who's willing to actually lead this nation out of this pandemic," Durbin said. "We also need someone like Joe Biden, who was there with President Obama when our economy was in bad shape and had to be rebuilt."